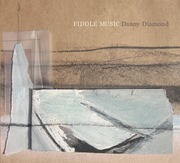 In a 5-star review in The Irish Times (August 1st 2014), Siobhán Long described Diamond's playing as 'ambitious and authoritative' and acclaimed the album as a 'definite contender for CD of the year'. Daniel Neely writing in The Irish Echo (August 6th 2014) hailed Fiddle Musicas 'a brilliant album that reflects both a high-level professional engagement with the music's deeper history and also a grounded understanding of what the current trends are'. In September 2014 Fiddle Music was chosen as Album of the Month on TradConnect.com, with reviewer Tony Lawless praising the album as ‘truly outstanding’, describing Diamond’s music as‘visceral in its intensity and individuality’, and rating the recording in the top 5 releases of the year.

The album will be launched with a concert on Friday 17th October in The Sunflower, Union Street, Belfast. Danny will be joined on the night by guest musicians including Aki (violoncello da petto), Ian Lynch (uilleann pipes, vocals) and Anna Lethert (sean-nós dance). The unique album artwork, created by Belfast artist Susan Hughes, will also be on display during the launch.