"The Legend of Gráinne Mhaol" Every Monday and Wednesday @ 9pm

The extremely popular Mayo traditional music summer show ‘The Legend of Gráinne Mhaol’ has anchored off the west coast again this summer for its fifth successive season at Hotel Westport.  Described on RTÉ as ‘one of the best summer shows in Ireland’ and featuring some of Ireland’s best known and most gifted musicians and dancers, this show is a ‘must see’ for all visitors to the West this summer.

Based on the real-life story of the Pirate Queen Grace O’ Malley or Gráinne Mhaol ‘The Legend of Gráinne Mhaol’ summer music show runs every Monday and Wednesday night until the end of September.  The show has attracted and entertained massive crowds since its maiden voyage five years ago. This powerful and passionate celebration of Irish music, song and dance is an inspiring epic, reliving the voyage of the iconic Irish legend Gráinne Mhaol throughout history.

The show is full of energy and enthusiasm and guarantees to keep audiences of all ages gripped from start to finish as it blends the old and the new; the contemporary and the ancient; the Sean Nós dancing against modern step dancing.  ‘The Legend of Gráinne Mhaol’ summer show is an incredible and unique entertainment show that combines Irish dances and Sean Nós dancing with the passionate Latino rhythms of Tango and Salsa in a performance of strength and passion.

‘The Legend of Gráinne Mhaol’ features a wealth of talented musicians and dancers from all over the west of Ireland.  Acclaimed fiddle player David Doocey headlines the show with multi-platinum selling folk, country and gospel singer James Kilbane, Galway native Monica Brennan of the ‘Brennan Sisters’, Latino sensation Pollyanna Guedes, All-Ireland champion musicians Darragh, Sinéad and Mícheál Healy, World champion dancer Roisin Timoney and some of Ireland’s most gifted and best known Sean Nós dancers in Liam Scanlon, Irene and Michael Cunningham all performing on stage this summer.  The show has sold out every night for the last four years with one of the highlights to date - their live performance at the Volvo Ocean Race in Galway 2012.

Trip Advisor described the show as: “The Best in Ireland” while The Irish Times stated “This is a must see show”.

Tickets for the show cost €25 and are available from www.grainnemhaol.com and Hotel Westport at (098) 25122 or www.hotelwestport.ie.

The show runs every Monday and Wednesday night for the entire summer at Hotel Westport.  Shows starts at 9.00pm.

A little taster of the show... 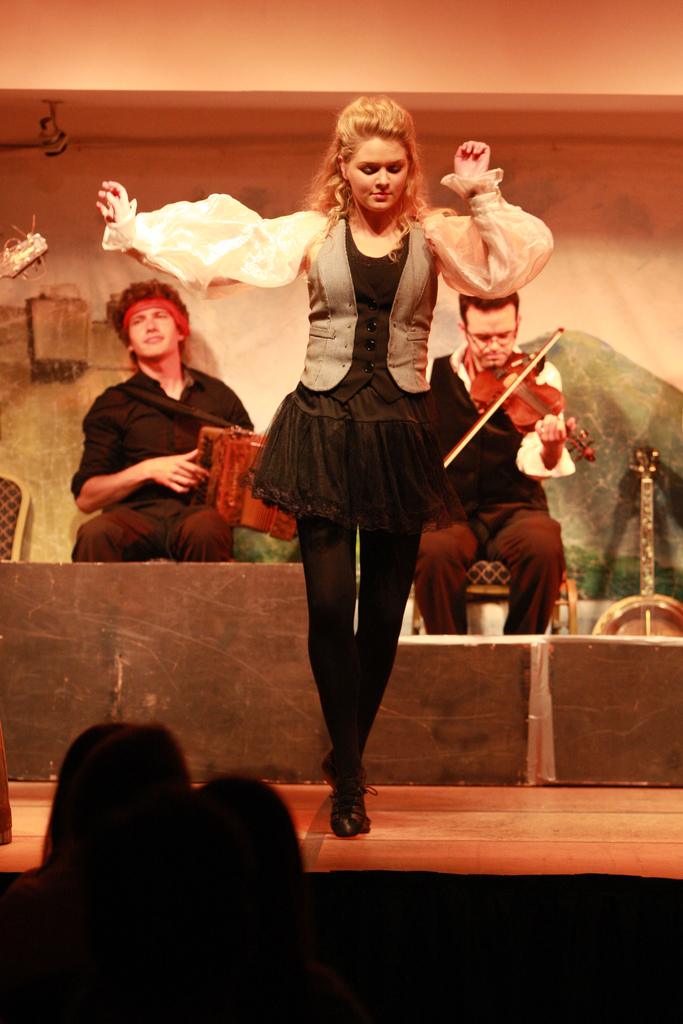 RSVP for "The Legend of Gráinne Mhaol" Every Monday and Wednesday @ 9pm to add comments!