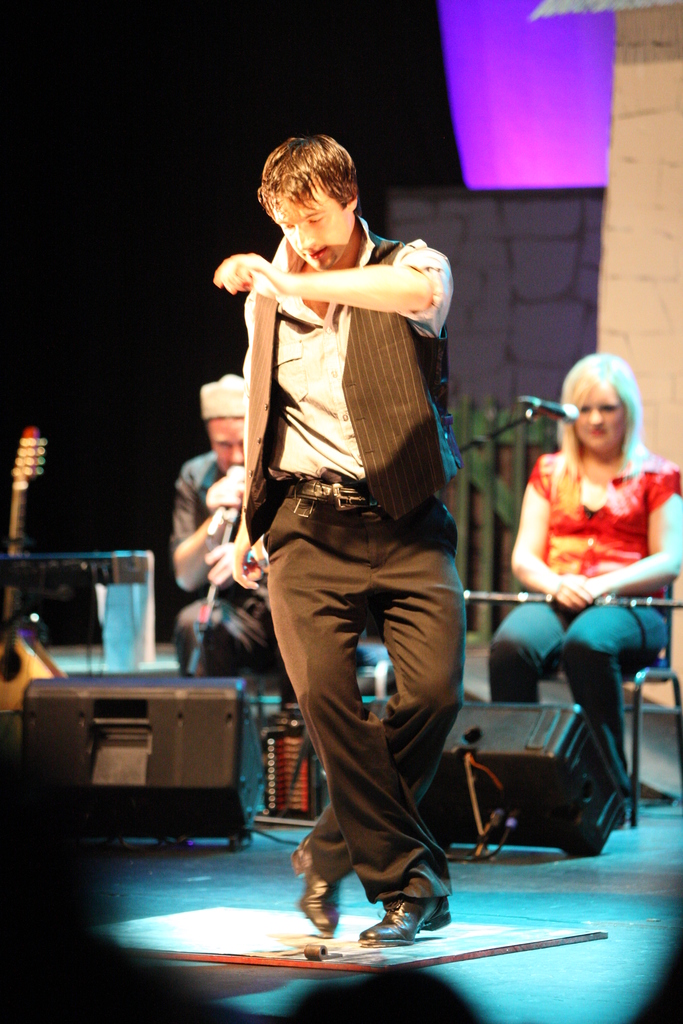 One of Ireland’s best known and most gifted Sean Nós dancers Brian Cunningham is returning from a whirlwind sold-out US tour next week to join the award winning ‘The Legend of Gráinne Mhaol summer show in Mayo for one night only at Hotel Westport on Wednesday, June 26th.

Cunningham, an award winning Sean Nós dancer from Cashel in Connemara is touring across America at present with his own show ‘Atlantic Steps’.  “I’m really excited and looking forward to my trip to Westport for this once off performance on June 26th.  We have a hectic touring schedule in America at present and it is great to get a break to come home, if only for one week,” commented Cunningham ahead of his performance at Hotel Westport.

Brian has toured and performed to sold-out audiences all over the States including New York, Boston and San Franciscosince he moved to Chicago two years ago.   He was also recently invited to perform at a special celebration of Irish culture in South Africa.

‘The Legend of Gráinne Mhaol show’ producer Pierce O’Reilly said the entire cast and crew were thrilled that Brian is returning to dance in the show for one night only this Wednesday, June 26th at Hotel Westport.  “Brian danced in the Gráinne Mhaol show for three years before his international dancing career took off in America and it is unreal to think that despite his hugely demanding US tour schedule and phenomenal success in America that he is still willing to return to his roots,” commented O’Reilly.

Brain will be joining his sisters Irene and Lorraine and his brother Michael on stage for this once off performance in Westport.   He was recently described on American TV as ‘The Michael Flatley of Sean Nós dancing’ and all his shows in America are selling out at every venue.

‘The Legend of Gráinne Mhaol’ music show is based on the real-life story of the legendary Irish Pirate and Chieftain, Grace O’ Malley or Gráinne Mhaol and it is a wonderful celebration of Irish music, song and dance.  The show features a wealth of talented musicians and dancers from all over the west of Ireland.  Foxford native and multi-instrumentalist David Doocey and Monica Brennan joins the show this year for the first time.  You’re a Star finalist James Kilbane is also back for his fifth year at Hotel Westport with Ballina native and world champion Irish Dancer Roisin Timoney again taking centre stage in her role as ‘Gráinne Mhaol’.  The multi-talented and much acclaimed Healy family from Castlebar are also back for year five with a whole host of new songs and tunes.

Tickets for the Gráinne Mhaol show  are available from on www.grainnemhaol.com

A little taster of what to expect...