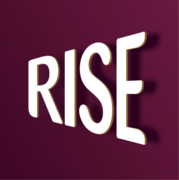 The RISE Foundation is delighted to announce that legendary American country/folk singer-songwriter John Prine is coming over from the U.S.A. especially to perform at the RISE Benefit Concert in Dublin’s Vicar Street on May 20th. He will be joining a host of other wonderful artists who will be performing on the night, including: Frances Black, Brian Kennedy, Altan, Paddy Casey, Fiona Prine, Aoife Scott, Róisín O and many more.

The concert is part of The RISE Foundation’s awareness building and fundraising activities for ‘RISE Week 2012’. All the money raised through the RISE Benefit Concert will go directly towards supporting families with loved ones in addiction.

Tickets: €25 each (available through www.ticketmaster.ie)

RSVP for The Rise Benefit Concert to add comments!