So Whats Stopping Us Buying Albums? 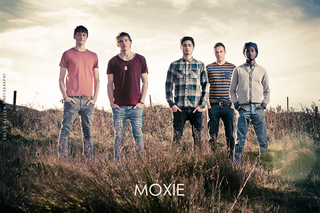 So whats stopping us buying albums? Do you buy many albums or downloads? How many Facebook friends do you have and if your are a recording artist how many of your friends support you?  Following the recent Fund It campaigns by Irish groups Moxie and Leafzang I start to wonder.

There are five members in the group Moxie.  They have 2,500 Facebook likes.  Each member is averaging about 1,500 Facebook friends so you could say, excluding joint friends they may have close to 5,000 friends in total. Of this a total of 153 supported their campaign.  This campaign succeeded.  Leafzang are a six member group, 400 liked their Facebook Page and they too could have 5,000 or more friends. A total of 44 people came out to support their campaign and as a result they failed to get funded.

This raises serious issues for artists. Not everyone can or should make it in this business.  As a community worldwide Irish musicians are a strong bunch.  Therefore you would think that more support would be forthcoming when Fund It opportunities arise.  If every one of Moxie and Leafzang's 10,000 joint friends supported one artist a year with a single €10 donation then 20 albums alone could be produced.  If we can afford our fancy iPhones and think nothing of throwing €10 over the bar for two pints why are we slow in purchasing albums or supporting these campaigns?

Do we simply take the free offerings, the sound clips, the videos and satisfy ourselves with that?  How many albums did you buy in 2013? What's your take on it?

I agree there is an issue here but.....as I posted on a similar discussion on LinkedIn recently I think the advent of new Technologies has got to make all those involved in the creation of music (that’s all here not just the Musicians but also the Record Labels who are losing a shed load of cash because they’ve failed to adapt as well) completely rethink their “modus operandi” and rationale etc.

The above having been said, actually I think for a musician if they react responsibly there has never been a better time to do this sort of thing.

In my old days of working with Record Labels (I was part of an act signed to Warner Bros Atlantic in the 80’s) it was completely different situation. You by and large had to deal with a Record Label as they were by and large the only ones with the cash to invest in Recordings and the whole process.

Bear in mind we were talking about huge studios, 24 (and in some cases 48 channel) mixing desks, 3 inch multitrack tape machines etc etc. Then you had to fund the support infrastructure to master the record, cut it and then get it pressed (yes Vinyl did exist), promoted and then pitched to Radio and the shops.

Nowadays the situation is totally different and much less front end loaded with heavy investment but of course it brings about different issues and problems and as the original poster has asked, how do we persuade folks to buy our product.

Bands and Artists have to be much more creative in how they deal with fans and “the fan/customer/client” is a much more valuable commodity and has to be treated as such. There are opportunities all over the place for those who are creative enough to spot them and really the future is extremely exciting for those who wish to embrace it with a completely open and fresh mind.

Nowadays if you are at all smart you can build up a completely direct relationship with fans almost on a one to one basis or certainly on a one to many basis and if cultivated will be much more profitable.

I was speaking to one artist recently and discussing the fact that despite not having a Record Deal they had managed to sell around 3,500 copies of their last album but.....they actually had made more unit profit doing this than they would have done if they’d sold around 50-60,000 via a Label.

Then I had a completely depressing conversation a few months ago with a former colleague of mine in the Industry and he bemoaned the advent of the Internet and how it had ruined the Industry and I thought how badly had this person missed the point.

Nothing can ever stay the same and the opportunities available to artist now far outweigh those they had years ago if they are smart.

The key is that the “cost to entry” is much lower for the production of music and yes this lowering of costs if we are not careful will bring about a much greater number of entrants into the marketplace but what we have to do is make sure that those don’t lower the standard.

But this greater access to the end user i.e. the fan does mean that there is now a much greater potential for profit for those who are “smarter than the average bear” as they say. ;-)

This is probably mostly off-topic but related - has Trad Music become the victim of its own success?

Let me explain: Being a rather late starter, I started taking an interest in listening to, and playing trad tunes whilst in my late 20s back in the late 1970s. No "starting the fiddle at age 4" for me. Back then, the choice of recorded trad music in this Country was very limited. Basically there were a small number of "alternative music" importers who brought in labels such as Tara, Transatlantic, Topic, Mulligan and Folkways. So even in a specialist record store the choice may have been limited to a maximum of around 100 titles, which covered everything from the Dubliners through to the reissues of Michael Coleman 78s on vinyl LP.

The total number of "trad" musicians in the country probably numbered way below 100 - across 6 states. A small but dedicated bunch of teenagers/early 20s music fans eagerly sought out everything new from the Bothy Band, Boys of the Lough, De Dannan et al. And when individual members of these bands started releasing solo albums (Matt Molloy, Cathal McConnell, Frankie Gavin etc) they were eagerly picked up. Local recordings of trad players were almost non-existent.

Skip forward roughly two generations. In the meantime, the original teens/20s from the 70s/early 80s have had kids and, in some cases, their kids have had kids. Over those intervening years, enterprising musicians from that earlier era have established music teaching camps for younger players, air travel has become more prevalent (thus leading to more tours from overseas "master" players), CDs replaced vinyl (providing a far cheaper means of marketing your own product) and the Internet has meant that anyone in our remote part of the world can catch up with what is happening at the centre of the music scene that interests them.

And as for those kids who attended the music camps: They did "get a start at age 4" and by the time they're in their late teens, they can run rings around any of us oldies. In addition, the number of Music graduates in the scene (yes I know, not a prerequisite for trad playing but certainly lifting the regarding virtuosity and playing standard) is certainly growing.

Before I return to my original statement, I also refer to the similar fiddle camps that occur around the world in Ireland, Scotland, Europe, the US and elsewhere. My personal experience is with attendees of such camps in Shetland and California whose comments upon returning (their words not mine) are that "everyone already knows the immense basic repertoire so the tutors need to keep inventing new tunes that present new challenges for an increasingly higher standard of player".

Of course composition of new tunes is one of the things that keeps the music alive and relevant. Where would we be, for instance, without the compositions of Finbar Dwyer, Donal Shaw etc?

So I'm back to where I started. The original topic asked what's stopping us buying CDs. I maintain that we aren't stopping buying CDs but we have wider selection to choose from and you don't need to look far to find fresh new material. The selection may no longer be solely from "overseas" because there's so much talent to chose from locally... the cost of production for small local acts has dropped to a point where income from a few gigs can go a long way towards funding the next CD and - let's face it - there's so much good stuff around that you'd need a lifetime to absorb it all.

If I check the dozen odd CDs that I've bought in the past 12 months, I'm sure that the majority will have been purchased directly from the artist (both local and touring) rather than through a retailer. And if you purchase direct from the artist, they get the bulk of the profits to plough back into new projects... or feed themselves.

From my own experiences in being a young man in the 70's with an strong Scots-Irish influence, I agree. I think that's the best explanation I've seen. Thanks - - Shaun, that >KelticDead Guy.