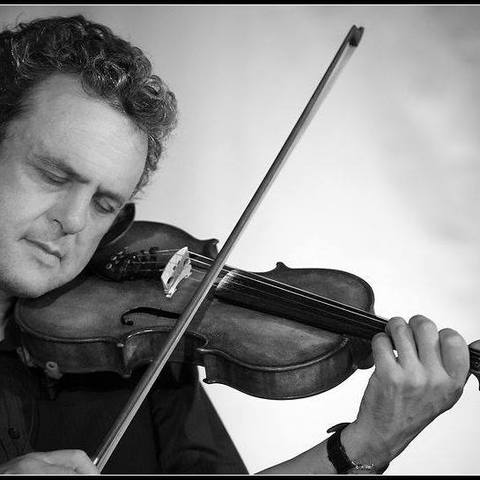 Gaining his diploma in violin-making and repair at Newark School of Violin Making (UK), fiddle-player, fiddle-maker and poet, Paul Bradley (from Bessbrook, Co. Armagh), is based in Wicklow since 2013. He also deals in violins old and new, stocking a large range of old instruments as well as new ones of his own making.

A self-taught fiddler, northern fiddling informs his playing style. Brief tuition from Josephine Keegan and education from 'the hedgerows of life' have helped shape his playing too. His 1998 album Atlantic Roar (Tuaim na Fairraige), gained a five-star review in the Irish Times. He gives fiddle masterclasses at University of Limerick, Scoil Samhraidh Willie Clancy and other summer schools.

We spoke to him about his music his passion for what he does. “From an early age I had an interest in fiddle making. My older brother Joe was collecting fiddles when I was a child and subsequently a friend of his, Michael Delargy, took up fiddle making. I visited his workshop and saw the craft firsthand for the first time at the age of about 12. My father was a wood turner and my brother was a carpenter so as well as growing up in a family of musicians, there was also a family interest in wood craftsmanship.”

Years later, David Rattray a Scottish luthier friend who he met in London, encouraged him to enter the profession.  Shortly after this he was accepted onto the Violin Making and Repair Course in Newark, UK where over a course of four years he learned to make violins, violas and cellos as well as completing an extensive study of repair techniques.

With regard to establishing the sound quality and feel of an instrument, he said there are many factors to be considered. The weight of the “plates” (i.e. the front and back); the thickness and graduation (thicknessing) of the plates; the frequency of the tones given by the plates in “tap-tuning” during the graduation process etc. Another dynamic is the stiffness of the wood itself which is tested simply by feel. This skill is developed through experience.”

“The density of the wood is also to be considered-  in general less dense wood will be less stiff and will have a lower frequency so it will generally sound softer or duller than wood of a high density.  Woods that are not stiff enough and those that are too stiff are undesirable. Without going into the endless pros and cons of this, I will say simply that getting the correct combination of a front and back that suit each other in stiffness,  frequency and weight is as much an art as a science and depends as much on the maker’s instinct and experience as on any scientific measurements. It is for this reason that factories have never been able to produce instruments with the quality and character of sound that good handmade instruments possess.”

“Experience as a musician helps in the making process: in making an instrument a craftsperson who is also a player will understand exactly that which they have created and through the course of experience know how to create that which they desire in a violin. By this I mean understanding the subtle qualities of tonal rendition and projection. A player will also understand what a good instrument should feel like in the hand, for example the shaping and finishing of the neck and fingerboard.”

All his instruments handmade from start to finish to the highest standard. However, he also trades in other instruments of various prices (i.e. not of my own making), both old and new.

For parents choosing an instrument he says that quality is worth investing in from the earliest stages. An instrument that is uncomfortable or which sounds harsh is not conducive to the child’s enjoyment of playing. He say’s that the correct size of instrument is important. “Don’t buy a large instrument thinking the child will ‘grow into it’. A well set up instrument with a reasonable sound is a good starting place for a junior player. Discussion with a maker or experienced player (teacher) is advised. When upgrading to a better instrument, the child’s degree of commitment and the enjoyment they attain through playing should be considered in conjunction with price.”