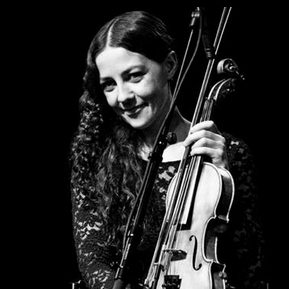 We have covered the music of Michelle O'Brien over the years on Tradconnect. Her duet album with Laoise Kelly in 2013 was a standout recording in that year, and for any budding fiddlers a must have. More recently she has been heavily involved with the editing of the new Tommy Peoples tutor and tune book called “From Time to Time.” Her involvement with Tommy is no accident, as she grew up next door to him in Clare, little knowing at the age of 11 the stature of the man.  She grew up immersed in the strong traditional music of Clare and  began studying classical piano at age 7.  She then took up fiddle at the age of 10. Traditional music was very much part of the curriculum at her local primary school, and the school principal Frank Custy encouraged all the children to take up an instrument. Michelle showed a keen interest in the fiddle and lessons with Tommy soon followed. His impact on her life has been immense, and his style and approach to music informs her own music and her approach to teaching.

Attending sessions in Miltown Malbay and taking part in the Willie Clancy Summer School every July became a large part of her youth. She competed in various  competitions and won numerous All-Ireland titles, mostly as a solo player, but also as part of duets and groups such as the junior Tulla Ceili Band. She won the Pan Celtic Solo Fiddle competition at age 15.

Doolin became a second home and she learned a vast repertoire of Clare music from the likes of Micho Russell, Kevin Griffin, Tola Custy, Cyril and Paddy O’ Donoghue, James Culinane and Tony Linnane who were active at the time.

She also would play regularly at the sessions in Ennis alongside Siobhan Peoples, Kevin Crawford, PJ King, Pat and Josephine March, Murt Ryan, John Kelly and many others who lived in or passed through Ennis town.

She continued taking weekly lessons with Tommy Peoples and also with his daughter Siobhan throughout her teenage years as well as going along to local sessions with Tommy in Brogans bar in Ennis, The Roadside Tavern in Lisdoonvarna and The Belbridge Hotel in Spanish Point. Michelle was learning a large repertoire of Clare music and beginning to develop a way of expressing this repertoire very much in the style of her teachers Tommy and Siobhan Peoples.

At the age of 14 she was invited to record on Sharon Shannon’s third album "Each little Thing". This led to her spending time in Galway where she met with many new musicians and again expanded her repertoire and musical knowledge. She recorded with The Bowhouse Quintet later in her teens before deciding to move to Dublin at age 17.

She recorded an album with concertina player Aogan Lynch and guitarist Gavin Ralston and later an album with the band Providence. Her most recent album is a duet album with the harpist Laoise Kelly entitled "The Wishing Well" referenced above and we include a track from it below.

“My approach to teaching is very much based on each individuals needs. I teach beginners right through to the advanced player, usually on a one to one basis, but I also give group lessons. I teach through written notation or staff notation but also by ear depending on the pupils needs.” Many of her pupils have gone on to win All Ireland Titles as well as take exams in traditional fiddle.

“My classes with both children and adults generally are on a weekly basis in Dublin and I also facilitate one off lessons for people that pass through Dublin city and want to get some fiddle tuition. As part of my teaching I include a large repertoire of session music for the player that wishes to take part in sessions. Many students are advanced and simply wish to improve their technique, ornamentation, variation and bowing so all of that can be accommodated to the point where they start to develop a style of their own.” 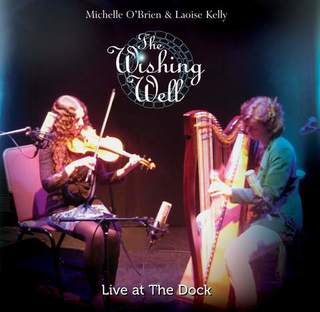