Cara has not received any gifts yet

"They sound like a whole festival wrapped up in one band!"
Bruce MacGregor -BBC Radio Scotland about the new album on "Travelling Folk"

CARA tour worldwide with their unique interpretations of Celtic music. Their sound is firmly rooted in the Irish and Scottish tradition yet their innovative arrangements even of well-known material sets them apart and make them instantly recognizable. Their own exciting compositions have received wide critical acclaim. Fronted by two female lead singers, a trademark of the band, CARA combine their mastery of vocals, piano, fiddle,
flute, guitar, bodhrán, uilleann pipes and accordion with a dry-witted and entertaining stage presence.
2012 marks the nineth year since CARA was formed. 2010 saw them change their line-up and welcome two highly skilled young musicians from Ireland and Scotland to the band.
CARA got presented with two Irish Music Awards, 'Best New Irish Artist' in January 2010 and the prestigious award for 'Top Group' in January 2011.
They have performed and headlined at some of the biggest festivals for Irish Music and have dazzled audiences throughout the USA, Germany, Ireland, England, France, Holland, Belgium, Austria, Switzerland and Denmark, who celebrate their music with standing ovations wherever they go. Kim Edgar (vocals, piano) from Edingburgh and Gudrun Walther (vocals, fiddle, diatonic accordion) from Southern Germany are in perfect command of their instruments but above all it is their voices that enthral the audience. Gudrun's silky alto and Kim's sparkling soprano are expressive in their solos and magnificent if they blend to become one sound. They bring new life to traditional ballads and their interpretations of their own songs are guaranteed to raise goose pimples!
It would be difficult to find a more talented young musician to emerge from the vibrant German trad music scene than Hendrik Morgenbrodt (uilleann pipes, flute, whistles) - anywhere! He is not only a brilliant piper, but also a pipe maker. This allows him to adjust his instruments to the unique sound of CARA.
Juergen Treyz (guitars) from South Germany has his own concept of 'backing'. His sound is chracterised by well thought out and exciting harmonic and rhythmic accompaniment and beautiful solos. His playing inspires and lifts the CARA sound.
With Rolf Wagels the band adds Germanys best (and biggest) bodhrán player whenever he's available. He has played in Germany, Ireland and the US with an ever growing impressive list of well-known musicians and bands.
Their unique mix of songs and tunes, their charismatic stage presence and dry-witted humour unites hard-core trad fans with acoustic-pop listeners and in the end they all end up dancing and singing together. 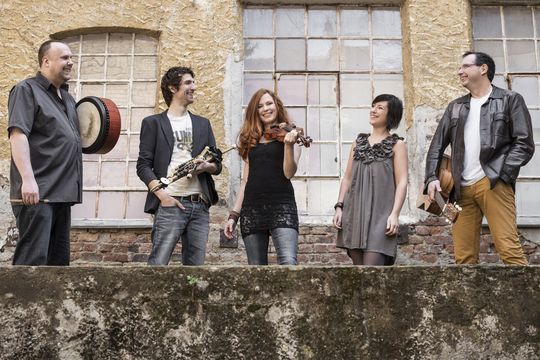 Your County or State
Baden-Würtemberg