Chip Miller has not received any gifts yet

Chip Miller updated their profile
May 2

Your County or State
CA

Provide any other information here
My mate, Irish "Riverdance" dancer, Ciara-Lee Jenkinson turned me onto TradConnect. I'm a filmmaker, award-winning music video director, screenwriter, spoken word performance artist, illustrator, author, musician, singer & songwriter. Currently I have two national and international TV specials airing on PBS TV that I directed and produced, an Irish music and dance concert with The Dance Academy of Ireland and The Young Irish Tenors starring in "Rhythm of the Dance" shot at 42 locations throughout Ireland, and "The Kingston Trio Celebration" with The Kingston Trio; the legendary founder and sole survivor of the original Trio, Bob Shane; Timothy B. Schmit of The Eagles; Al Jardine of The Beach Boys; Barry McGuire of The New Christy Minstrels; Henry Diltz of the Modern Folk Quartet; Trini Lopez; The Limeliters, Josh Reynolds (son of original Trio member, the late Nick Reynolds, and Sana Christian. I am currently editing two concert specials on Peter, Paul & Mary, and another teaming Jerry Douglas on Dobro; Tommy Emmanuel on guitar, and Jake Shimabukuro on ukelele in an acoustic tribute to Jimi Hendrix. Some past concert specials I directed include Brian Wilson, Donovan, Diahann Carroll, Marc Anthony, and a dozen more. I have directed over 200 music videos for artists like Alison Krauss, Sheryl Crow, Paul Simon, Squeeze, The Rolling Stones, Linkin Park, LL Cool J, The Irish Tenors, Peter Murphy, etc. I am presently developing a motion picture with actor Liam Neeson about my Great Uncle, Harry Gleeson, Ireland's first posthumous pardon for a murder he didn't commit.

Two years in the making, and recorded in London, Nashville, Vancouver, NYC, and LA, the result is stunning and critics have hailed the album! 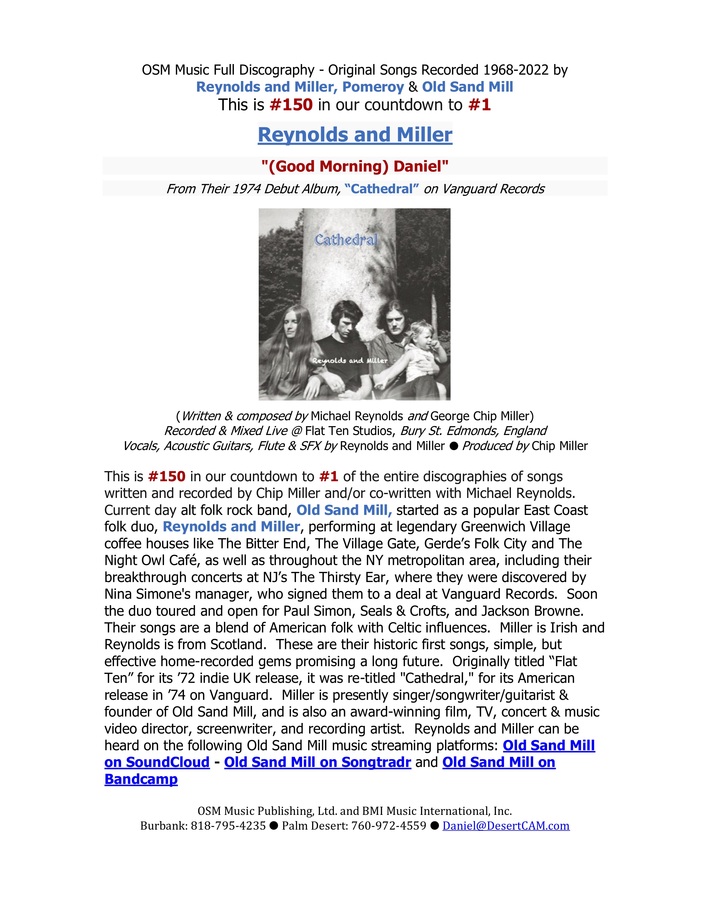 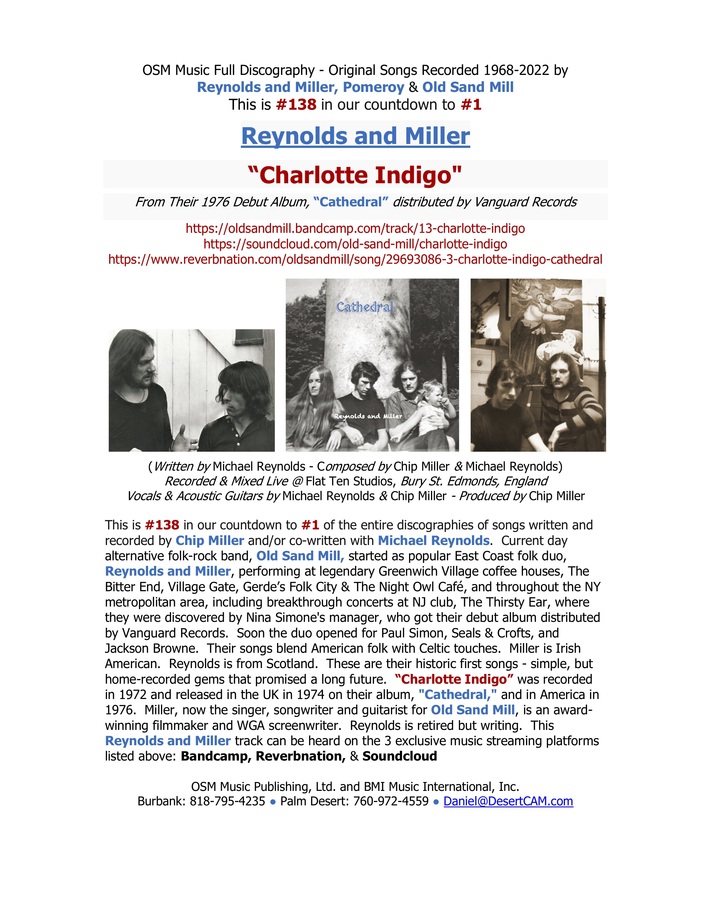 The 3rd new music video from The Young Irish Tenors - "Molly Malone" Directed by Chip Miller on location in Ireland!