We're delighted to announce a list of concerts and CD launches touring with our new album "The Bank of Turf". See details of venues below. Hoping to see some of you around over the course of the concerts. More TBC...

“One of my all-time favourites; one I can happily leave on repeat for hours!” - Frankie Gavin, 2018

Here's a wee update on what I have coming up in the next few months. Hopefully meet some of ye along the way! 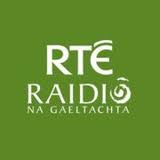 To celebrate 40 years of Radio Na Gaeltachta, RTE are putting together some concerts featuring the best of Traditional Irish Music. Here are the details and the line-up for one of these concerts which is being held in the Cultúrlann, Derry City on Thursday, April 19th 2012.

Dónal Mc Cague is the latest in a line of superb young musicians to emerge from Co. Monaghan, and what a musical talent he displays on this debut recording. I first encountered Dónal’s fiddling while adjudicating at Fleadh Cheoil Uladh in Draperstown during 2002, struck even then by his obvious musical promise. In the years which have passed since, Dónal has developed into a fiddler of great expressivity, playing music adorned with an incredible level of detail and thought.

Resonances of many greats of Irish fiddling abound, with names such as Peoples, Rooney and Carty coming to mind. With a keen ear and musical understanding, Dónal succeeds in bringing these influences together in combination with his own personal musical imagination. On this recording, Dónal shows himself master of capturing in his playing a wide variety of emotion. A sense of rhythmic playfulness contrasts throughout with moments of loneliness and reflection, aided by the most sympathetic accompaniment.  The expert use of musical pauses in this playing reminds us of the importance of silence in musical texture, the space which brings context and illumination to the notes which follow.

There are many high-points of playing and repertoire on this recording, but one which stands out is the sublime change from Toss the Feathers to The Oak Tree, a reminder that even the subtlest of brush strokes can have powerful expressive effects. Displaying the hallmarks of a musician who has listened and assimilated as much as he has played, Dónal has pursued his craft with discipline and humility. We can now look forward to many years of Dónal contributing his talents to this wonderfully expressive field of traditional Irish fiddling. Oisín Mac Diarmada 2011

Well we all knew this album was on the way from TradConnect member Dónal McCague. I first heard a soundbite on Twitter and thought we have to get him onto TradConnect.

So impressed am I by this debut album that I had to go and play some of my old albums by McGann/Brady, MacGabhann, Peoples, Rooney, Carty and others to make sure that my ears were not deceiving me. Was it actually that good? Well the answer is yes. From start to finish this is an album that will remain for a long time as a favourite and in Dónal we have a new star that will rival the above great names and may actually surpass them. Read Full Tradconnect Review

For two free downloads from my album, click on the following link.

Video - Doctor O' Neill's / The Church on The Hill

Got your CD in Custys today Donal and I knew this already from the clips I had heard but it is a stunning album of flawless music. Top notch.

Dónal, we loved your launch on Sunday! You have a very rustic, musical style of fiddle-playing. Just seems to be full of character! Great to meet you too. Up TradConnect!!

I just got your CD out of my mailbox when I got back from music school today :)!!!  I will be tied up with family obligations for the weekend, so I won't have enough time to give it a fair listen for a few more days (because of all of my work commitments too)!  So I will be sending you a note later this week, I hope :)!!!  Just wanted to let you know that it's been safely received in Ohio!

Your County or State
Monaghan