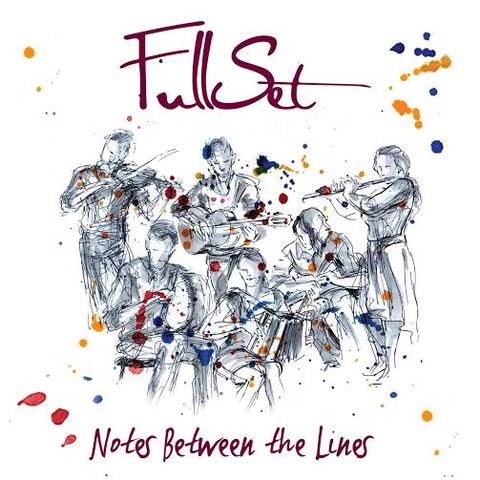 We take great pleasure in bringing you an exclusive single premiere from the new album by FullSet. They start a short tour tonight in Monroe’s, Galway to promote, "Notes Between the Lines", their third release. We have covered their previous releases on Tradconnect including their debut “Notes At Liberty”, and their follow… Welcome to Tradconnect’s Worldwide Album Launch Series. For these launches we are working with over 70 radio broadcasters globally, making new traditional releases available for immediate free download through our Download… 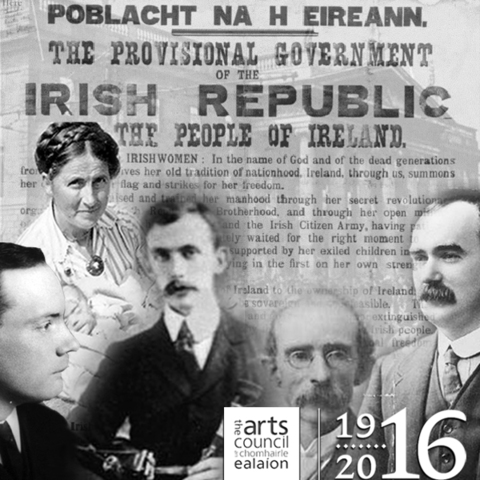 Press Release : 100 years on from a remarkable revolution of visionaries and poets, 1916 – Visionaries and Their Words explores the writings and ideals of the leaders of the Easter Rising, in a concert programme inspired by their lives, their work, and their words. With new music drawn from writings of the rising’s leaders, as well as existing songs in the…

The discography of the most popular rock bands are tracks in which fans and critics see references to drugs.  Extraordinary British punk band The Stranglers, too, has a similar composition - "Golden Brown" . Moreover, this is their most famous thing, familiar even to people, infinitely far from punk music. The song has long and contradictory… On Friday 5th and Saturday 6th February a joint event will take place at the Rochestown Park Hotel in Cork, including the Seán Ó Riada Gold Medal, as well as an Information Event for musicians.

On Friday 5 February, 15 traditional flute and whistle players will compete for the…

Trio of albums due for January release on Tradconnect

Over the coming weeks we will have a trio of great albums released on Tradconnect. All will be added to our Download Centre, and all will be free for broadcasters to download.

We have already featured exclusive premieres of singles from the albums by Nuala Kennedy and Aoife Scott. Both albums will be…

Tours : The Chieftains announce a 17 date USA tour in February/March 2016 50 years of music and touring has not reduced the energy levels of The Chieftains as they undertake a Spring 2016 tour in the US. Paddy Moloney, Seán Keane, Kevin Conneff and Matt Molloy will kick off their tour in Tucson Music Hall in Tucson, AZ on February 23rd.  In total 17 dates have been confirmed running from February 23rd to March 20th 2016.… Solas have demonstrated their global appeal with a track that has achieved 3,300 plays since we launched it 3 months ago. It is called, Standing on the Shore, and is taken from their new album, ‘All These Years’. It is also back to the No.1 spot as the most played track over the last 7 days. The album was launched at… Press Release : Statistics may show Leitrim to have the smallest population in Ireland but when it comes to trad music, literature, dance and theatre it packs heavy punches. One of the latest ventures to emanate from a group of artists there is the Leitrim Equation concert performance which features…

I will be performing with fellow musicians and poets in Atlanta, GA Monday night the 26th at Hodge Podge Coffee House. Come celebrate Robert Burn's birthday with Aris!

Press Release : Musical Geniuses The Waterboys, have just been announced as the Sunday headliner of Folkfest Killarney. One of Ireland's leading bands since the 80's and renowned for their extraordinary music this is one gig not to be missed. Press Release : The innovative and award-winning Celtic-roots band RUNA builds on recent achievements with a robust winter tour set to include a live album recording on March 17. Aptly scheduled for St. Patrick’s Day, the live recording will be held in Germantown’s lovely Black Rock Arts Center and will be a treat for ticketholders and, ultimately, fans…
Continue Setting up, funding and organising traditional music festivals is a demanding business. It requires the input of a large, and voluntary backroom staff, that each year dedicate a significant amount of their own time to its success. Funding festivals is always a critical issue. The recent cutbacks by the Arts Council, to traditional…

Music festivals in February and March 2016 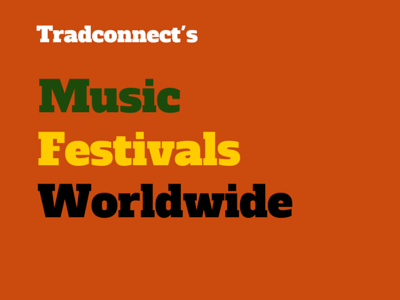 Find detailed below a list of festival taking place in Ireland and beyond, throughout the months of February and March 2016.

To assist us, and our members, please comment on this blog with any festival that has been omitted.  This will allow us to update it year-on-year and make it the most complete festival listing around.

You can also see…

Temple Bar TradFest takes place on January 27th - 31st this year, and it has grown in every way possible since its inception in 2006, with one of the strongest line-ups in years.  They say that in “the past decade the festival grow in terms of size, ambition and musical breadth, with a lineup that now appeals to the purist and the… We are delighted to announce that The Temple Bar Trad Fest will host a very special concert to celebrate the life, music and legacy of my mother Eithne Ni Uallachain, singer and founder of the group Lá Lugh, on the 27th of January 2016 in St Patrick's Cathedral, Dublin. Press Release : London born, Oregon-based veteran fiddle maestro Kevin Burke heads the list of recipients of the TG4 Gradam Ceoil 2016 (Traditional Music Awards) announced at a media reception in Cork . Reared in London by Sligo parents, his musical influences and recordings range far and wide in a long career that…

In the studio with The Young Irelanders

Life in the studio can be a blast.  Sample some studio work from The Young Irelanders as they release a high quality studio out-take. Also included are 4 live tracks from their recent tour in the US and a documentary that sets out some background to each of the individual members and how they came together. It shows them meeting for the first…