The Isle of Man has its distinctive style of trad music. In the words of Scottish harper Rachel Hair :"Quickly realizing that there are far more jigs than reels in the Manx tradition..."

There is something to be said about music that speaks about the landscape of its origin:fresh, exciting and at… 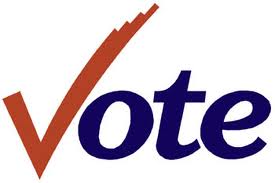 TRADITIONAL ALBUM OF THE YEAR 2012 : It was without doubt a great year for traditional Irish music in 2012.  The quality of the albums that we received was outstanding. In addition to the mainstream albums there is also a lot of great work going on at a community level with musicians funding their own…

What a great trad year this is.

It is funny how we are already in the second month of the year but it looks like  a great year anyway. Would you agree? Good things are happening so I guess the number 13 is not really a bad number after all. I have lived through the terrible 11 and 12 so what could be more terrible right?

I am so amazed that young ones as early as the age of 12 are starting to get into trad music. I get recommendations from both sides of the Atlantic to listen to this or that band because they are… It’s Wednesday night at The Grand Social in Dublin and Mórga are kicking off their Irish tour.  What better way to spend some time than in the company of four top musicians - this being their first tour in some time. You will be familiar with…

It's remarkably ambitious in this day and age for any Celtic musician to release more than one new album in a year, let alone an entire box set, but sometimes you have to follow your inspiration, and it's clear that ace Northwest fluter and singer Hanz Araki has been tapping a…

There's a strongly predominant school of Irish tin whistle playing these days, and Kathleen Conneely is not a part of it. And that's a good thing. The main way of playing the whistle these days, as perfected by the fine folks in Lunasa, is a…

The Road to my Second Solo Album! Blog 6 by Enda Seery (Pre-Orders Available) A short blog update. Just to tell you all that I have made my new album 'Síocháin na Tuaithe' (April 2013 release) available for pre-order on my website through the BUY ALBUMS link. With its mixture of traditional, pop and folk this new album by The Willis Clan is a highly polished and professional piece of work. A family of 12 The Willis Clan have been making inroads to a wider international audience, deservedly so. They can trace their roots back to their Scotch-Irish…

For those of you that live in Dublin, or more particularly near UCD there is a great opportunity to see the great Séan Keane performing at a very intimate recital at UCD.  Its organised by the UCD trad society and is free.

"Dubliner Seán was surrounded by traditional Irish music from an early age. Both parents were traditional fiddlers and he began…

Vishtèn is a Canadian roots music band very dear to my heart. They're one of the few groups out there today playing Acadian music, and they're absolutely the best. Acadian music is the ancestor of today's Cajun music, and is centered in the French-Canadian regions of Eastern Canadian provinces New Brunswick, Prince…

This is an interesting video that we came across that was uploaded by Tradconnect member Garry Shannon.  Its a series of clips of Meitheal students competing for a solo awards of a CCE tour as well as a gig at the National Concert Hall. A minute or…

"Music washes away from the soul the dust of everyday life."

The Ivy Leaf from Boston This is an interesting band from Boston who have recently released their debut album. Its a quartet that features fiddles, flute & whistle, concertina, vocals and bouzouki and guitar accompaniment.  They met up in the busy Boston music scene and play a mixture of old and new.

Tradconnect Album of The Year 2012 - Voting has commenced

At the end of 2012 we shortlisted 15 albums for the award of Album of the Year.  They are listed below and were picked based on views on Tradconnect.  To help us with the decision process we have recruited the assistance of 20 adjudicators who can offer an independent voice when it comes to deciding where the award should go.

They will have until the… Pretty cool video here from those pretty cool We Banjo 3 guys down west.  Great to see new artists coming up with a well filmed promotional video.  This is smart, sophisticated and very modern from a group that had one of the top albums last year.

We did a review of the album which you can read… A big congratulations to Tradconnect member Joanie Madden for her lifetime achievement award at the recent Irish Music Association Awards 2012.  Joanie received her award for her dedication to Irish music in either a…