Teaspach were last night declared winners of the 2012 Siansa Gael Linn which is a competition aimed at young traditional music and singing groups. The competition has being going from strength to strength since it was first held in 2001. The final took place in the National Concert Hall in Dublin and was broadcasted on RTÉ Raidió na Gaeltachta. Teaspach hail from a…

Here it is! We have a very exciting short teaser to share with you, and it finally has actual video of Patrick! We spent three days in Massie's Mill, VA, hanging with Patrick, Aaron and Matthew, and shot some amazing footage. Patrick never ran out of stories, we just ran out of time to get them! In this teaser you'll get to see what the shop is like, hear some lovely tunes, and see the kinds of shots we were getting for the documentary. What was most amazing to me was the amount of… 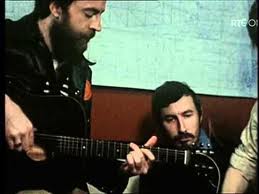 Well worth watching is this TG4 documentary on the life and music of Mícheál Ó Domhnaill, legendary singer and guitar player and member of The Bothy Band -- the most influential traditional group of all. His career spanned 50 years and he is hailed as one of the legends of traditional Irish music. He died tragically in his home in Dublin in 2006. In this programme…

Tradconnect - Tip 2 : Add Music To Your My Page Recently we have added a new facility to Tradconnect to allow members to upload mp3 files of their music. This is a great addition as it gives members the opportunity to hear some of your music without having to move to another location or site. It is important to note that you can only load music that you have the rights to or the permission for. Once…

Concertina Music In A Church

Let us all bow down and give thanks to Jack and Cormac. Let us give praise to their musical ingenuity, to their rhythm and their rolls. You will also need a…

A slow reel composed by Adele Greene of Dulahan-Irl from their CD  " Airs And Gracenotes ".

Video footage is of Lough Swilly and Inch Island Co. Donegal, taken from the Grianan of Aileach ( stone fort of the sun ). Notes from the Road : Lúnasa update and tour details for December 2013

Yes, it IS that time of year … and to celebrate we’ve decided to have our first go at a special Lúnasa Holiday/Christmas show. Our friends in the USA will be the first recipients of our Christmas cheer. If that works, we intend to make it an annual event in the US and maybe elsewhere. One of the great Irish singers, Karan…

This Music We Call Traditional Irish

Traditional Irish music has never been so alive. In our cities, towns and villages. From Dublin to New York and across the United States. We are alive to its rhythm and it is thriving, growing, flourishing. It touches so many people and is enjoyed in so many ways. We dance to it, play it, mould it into new forms and take it to Broadway and the West End. We fuse it with… Formed and based in Belgium, Shantalla have been on the music scene since the mid 1990's and have already released two highly acclaimed albums. The self titled "Shantalla" was released in 1999 and the follow up "Seven Evenings, Seven Mornings" was released in 2001. In 2005 after eight years on the road they called it a day. "Musical fatigue,…

A full roster of Irish music nobility will be onstage over Memorial weekend at Chicago Gaelic Park’s Irish Fest in Oak Forest. A Chicago area tradition for all ages, the Fest not only brings the best of contemporary and traditional Irish headliners to six lively stages but also features a full carnival with rides, special events for children, Gaelic football and hurling, Ceiling dancing, pony and dog exhibits, shopping and Irish cultural exhibits all surrounded by food, refreshments and… MacDara Ó Raghallaígh has created a live album of outstanding fiddle music on his debut Ego Trip.  Powerful, driving, invigorating and passionate fiddle playing that is very reminiscent of a young Brendan McGlinchey on his…

Tradconnect - Tip 1 : View Your "My Page" As a Website

As Tradconnect grows we are looking at presenting members with some tips on how to best make use of Tradconnect, especially for professional artists. We will do a few tips every now and again and then collate them together on the home page.

Our first tip is for members to start to view their "My Page" as they would their own website. As we grow… Eight young traditional groups are tuning up in readiness for the Siansa Gael Linn 2012 Grand Finale which will take place on Sunday, 29 April next in the National Concert Hall at 7.30p.m. !  Siansa is a unique fusion of the Irish language, Irish music and young people… 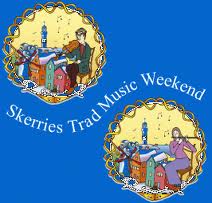 This post originally appeared in The Celtic Music Fan and I am sharing it here because this is all about Trad Music!

1. How does it feel to share the space with other talented musicians in the field of traditional Irish music?… To mark the first anniversary of the public launch of the Irish Traditional Music Archive’s revamped website, the ITMA has posted here the Scorch files of the first 100 tunes from the first ITMA book publication Tunes of the… Never short of innovative ideas in their music, Celtic band, The Outside Track, are taking it a step further by becoming the first traditional music group to release a charity single.  The single, The Mountain Road, is released on Monday 23 April and all the proceeds are going to charity. 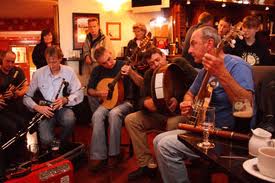 A feature that is really working well on Tradconnect at the moment is the session listing . We are now close to 600 listed sessions making us the largest single up to date session list in the world.

As with most ideas the keep it simple approach has worked.… Nothing like getting the week off to a good start and no better way to do that then to hop on the LUAS and get dropped outside the door of the Harcourt Hotel in Dublin.  No car, no parking and the friendly face of Mary…