Live Review : The New Leitrim Equation is a Breath of Fresh Air by Shane Meehan 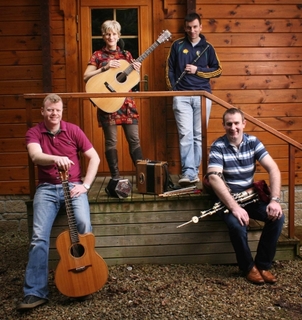 The new Leitrim Equation is a breath of fresh air. What makes this Leitrim Equation residency stand out is that the four members are all from Leitrim. Each member – Eleanor Shanley, John McCartin, Padraig McGovern and Dave Sheridan – possess great personality. At the launch last Wednesday in the Dock, Carrick on Shannon, it… Following the success of her critically-acclaimed new album Gach Sgeul ~ Every Story, the Scottish Gaelic singer will be touring throughout the UK in May, and will also perform her first ever… Following on from the three previous very successful Leitrim Equation Residencies, the most recent of which comprised Dónal Lunny, John Carty & Séamus Begley, the county is now prepares to welcome the fourth group to take up the role of Leitrim Equation traditional musicians in residence.… Welcome to the Tradconnect Official Album Launch series.  For members and readers this series of articles will introduce you to a new traditional album for the first time. We are working with artists to bring a little bit more excitement to the “online launch”.  The first time you share a track from a new… Galway based band Portherhead released their debut album this summer.  They describe their sound as traditional Irish music with a touch of blues, and we came across these tracks via twitter.  They have a pretty tight sound that is more traditional than blues it must be said.  They came together in 2011 and the band consists…

A trio of album launches next week - Aoife Granville, Goitse and ALDOC Next week we will have a trio of album launches on Tradconnect.  Aoife Granville will release her new album Sáimhin Só on Tuesday 29th April 2014. The album features a number of new compositions by present day musicians including Joanie Madden, Caitlín NicGabhann, Billy…
Continue

Have a listen folks.

Track of the Week - I Draw Slow / Valentine 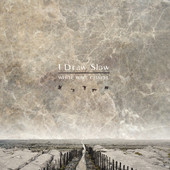 We are venturing ever so slightly off the trad road with this track of the week, but when the music is this good, you gotta say something.  They are Irish but in the more bluegrass / old-time mold and their new album ( which we have and will review ) is worth a listen. Its a must have and has been getting great reviews.  This track is… This is a strong and focused recording by Australian group Sásta.  It’s their second album and takes them on a new journey as a trio having lost one member since their self-titled debut in 2012.  If anything this has focused their music because they deliver a fine recording of modern traditional music with a folk edge. Newly arrived… Check out our Top 10 Traditional Irish Albums at the moment with audio where they are available to us. Naomh Pádraig Céilí Band this month take the top spot with their 3 In A Row album. Some new entrants this month with Tommy McCarthy & Louise Costello also included. Tommy McCarthy and Louise Costello display an intuitive understanding of duet playing on their debut album, Grace Bay.  The music flows from them with precision and ease as they extract the essence from some standard tunes and breathe new life into them.  Their delivery and sound has an old world feel to it…

ITMA IS WINNER OF 2014 IAML EXCELLENCE AWARD FOR MUSIC LIBRARIES 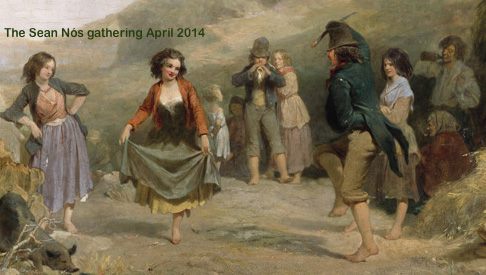 Starting tomorrow 23rd April we are launching the first event of it's kind in the Kansas City Area.  A 4 day mini- festival with old style and sean nós dance instruction;  Sean nós and trad song; and musicians sessions.  The sessions and lessons are open, public and free, and beginners are most welcome...

Five locations are involved.  Weds. at… The Jeremiahs will be performing around Ireland with special guest Jean-Cristophe Morel.  The Jeremiahs have rapidly become popular on the Irish Folk scene since their formation in 2013. With performances across the country at festivals such as "Bloom in the Park" "The Celtic Fringe Festival" and "The Ballyshannon Folk Festival" to "The Copenhagen Irish Festival" in Denmark. the bands… 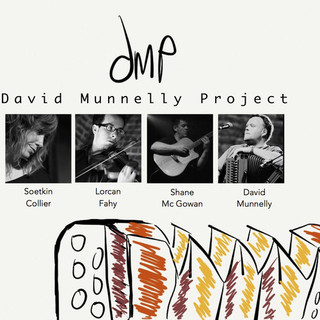 For a full list of festivals throughout the year visit our… 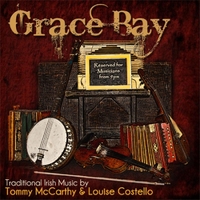 Here is a selection of tracks that we have gathered up from this years traditional album releases so far this year. If you know of other albums ( especially those with a Soundcloud link ) then simply add a comment to this blog below.…

On Easter Sunday night at 9.30 pm TG4 will broadcast the Gradam Ceoil Traditional Irish Music Awards for 2014.  It’s the highlight of the traditional music calendar and will feature a broad range of musical talent performing for one night only in front of a packed University Concert Hall in Limerick.  The concert was recorded last…