All roads lead to Dingle Tradfest 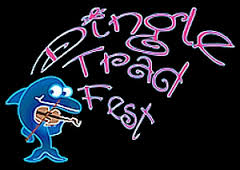 For those of you that have not quite had enough music of late you will be glad to know that Dingle Tradfest returns for its third year after the success of 2011 & 2012 festivals. It starts on Thursday 12th September 2013 and will run until September 15th in Dingle town.  This…
Continue

I've got to give big kudos to elder record label Smithsonian Folkways for putting out this eclectic and somewhat daring release of Celtic music from their huge archives. They've gotten some flack from other people about whether or not every track on this release is truly Celtic (the British folk and French-Canadian folk sections seem to piss… There is so much good music available on CD now, especially in little specialist niches. The mainstream is moving to file downloads, and I suppose that will happen to trad too (Aly Bain tells me he's seen a big increase in download sales), but for now I'm delighted to see so many CDs. You'd think trad was specialist enough, but for my first blog here I'm going to focus in on… Fullset are back with a second album that takes up very much from where they left off with their debut Notes At Liberty.  They have changed their uilleann piper with Martino Vacca joining the party with an expressive attacking style of play that fits…

Can't wait for a copy of the new album that is about to be released by London band Crossharbour.  We saw them live in January in Dublin which we wrote about here and if the album delivers on the quality of their live performance that night we will have a treat in… 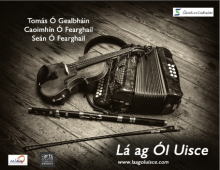 Caoimhín Ó Fearghail turns up once again on an album of outstanding quality following his recent work on the new Edel Fox and Neill Byrne album The Sunny Banks.  This time Caoimhín is joined by Tomas Ó Gealbháin on accordion and  … I've missed Shane McAleer! I knew him mostly as the impossibly fiery fiddler for Dervish back in the day. Always an Irish super-group, the core players of Dervish in the early days lit up every stage they were on purely through the sheer power of their musicianship and the speed and dexterity of their playing. And Shane McAleer was a real star then. I used to… Reposted :The Irish Pub is an absolute gem of a movie that should be seen by everyone.  In an age when we are hooked by the latest box sets from HBO, Netflix or RTE, this film stands alone as the finest example of documentary film making that has come our way in quite a while.  That the subject matter should be so close to home makes it all the more refreshing.… 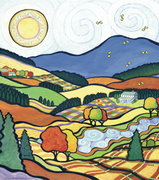 We are proud to announce a new festival up in the Western Mountains of Maine.   Crossroads International Celtic Festival.   Based around the famous Celtic Colours festival in Cape Breton, our festival will feature 18 venues and over 100 performers in it's first year.   The web site is great.   Find out more information at:…

With the summer months behind us the number of festivals are starting to decrease. For those of you that have not had enough yet here is our list of September Festivals across the world.  I am sure there are some more so if we are missing any please add a comment below.  In that way we can build up a comprehensive list.

Hi. There are some recordings where I played the C flute, Eb flute, Bb/F concertina or Ab/Eb concertina on my blog.

Playing the C and Eb flutes are interesting. But I haven't got used to playing them, yet. And C flutes need much more air... 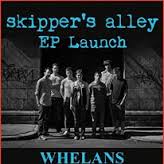 One of Tradconnect's latest members is Skipper’s Alley, an exciting new 7-piece trad/folk band formed in January 2012. The band’s first major success was winning the UCC Tradfest competition in February 2012.  In 2013 they recorded a four track EP, which they launched in Whelan’s… 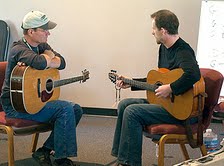 The O' Flaherty Music Retreat will take place again on October 25th - 27th.  In their press release they say that "If you play or sing Irish music or want to learn, then you could consider spending three relaxing days in a comfortable, scenic setting saturating yourself in Irish trad with a community of motivated students and teachers!  On October…

Hi. I've recorded Irish tunes since January, 2011. There are 258 recordings on my blog (and YouTube) so far.

I've recorded many set dances because I love them. If you know other good set dances, please let me know! An Artist on the Rise - Daoirí Farrell Daoiri­ Farrell is a folk singer and bouzouki, guitar and banjo player from Dublin who is a graduate of the Ceoltoir, Higher National Diploma In Traditional Music Performance course in BCFE. Winning this years All Ireland Fleadh in Derry in the senior Songs in English category will have raised his profile somewhat and rightly so.  We had the pleasure of seeing…

My first recording of a tune I've played a while

My first recording of a tune I've been playing at for a while now, the "Trip to Killavil" is a jig from  Blayne Chastain's  lessons for beginner tin whistlers website.  Played on a Tony Dixon Trad D (brass)

Happy St Patrick's Month everyone!! Having an absolute blast out and about on our extensive coast to coast run around the States and Canada.

Hilarious goings on with young Colin Farrell providing the entertainment most of the time.… Here is the charity single and first track from the fantastic new album by Cara.  The album is called Horizon and this track is called Take Flight.  We have been listening to it and will hopefully have a review up shortly.  Cracking album.  Its a new and more complex sound from their previous recording and is very rewarding.

We would encourage anyone that clicks…

Following up on the success of their Spring 2013 tour, acclaimed traditional musicians Colleen Raney, Johnny B. Connolly, Stuart Mason, and John Weed are teaming up for another West Coast tour, again performing as the new Celtic quartet Story Road. From the Pacific Northwest down to the Central Coast of California, Story Road brings a lively brew of Irish, Scottish, American, and original music that ranges from delicate to…