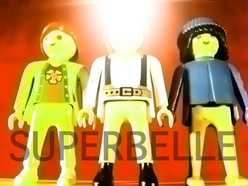 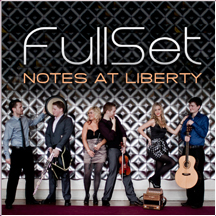 The Sandy Sessions is a relief fund started by NY Irish musicians looking to band together and help raise much needed funds to benefit the NY Irish coastal communities that were devastated by Hurricane Sandy.There is a concert series being put together by Irish musicians from around the NY area (with some as far… 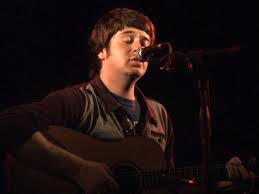 Nice sampler here from an album about to be released by Éamon Coyne and Kris Drever.  Éamon has performed at the highest level with stars like Tommy Peoples, Eileen Ivers and Sharon Shannon to name just a few.…

We are delighted to say that we have just got a copy of the new album from Zoë Conway and John Mc Intyre titled ‘Go Mairir I Bhfad_Long Life To You’. It is in fact their first studio album and on first listen its a cracker.

They will be launching it on Monday the 26th November 2012 in Whelans, Dublin at 8pm where they will perform all the… 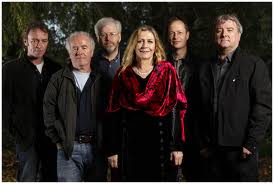 We did a blog about Mike Considine some weeks ago including a track that was to appear on his new album.  Well the album is now out and is called Permanent Resonance. Have a listen on his Bandcamp… On the strength of Michelle O' Brien's and Laoise Kelly's new album "The Wishing Well - Live At The Dock", you would wonder whether you need to go into a recording studio at all.  The quality of this album in terms of recording, production and mastering would suggest that side stepping the studio may be a more viable option for established artists.…

I'm usually incredibly averse to albums that mix Irish trad and jazz, but the olllam is one of the rare exceptions that manages to have something new to say in both genres. It's not really jazz, per se, or at least…

Lúnasa will be live-streaming their Wednesday 14th November show at The Freight & Salvage, Berkeley, CA USA. Wherever you are in the world, you can tune in! You can purchase online tickets for $5 anytime at www.concertwindow.com, and… 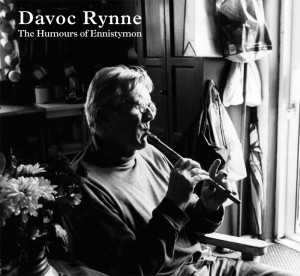 Sleeve notes are an important part of most album releases and some can be more detailed than others.  Opening up the latest album by Davoc Rynne called The Humours of Ennistymon was therefore a delight, because inside was a very detailed story of Davoc's life in music. It's a down to earth story of a man and his music across several decades. For those of you that may not have sampled the amazing music of the visionaries that are Lau then get your self acquainted with them right now.

Lau have become "a barometer of the fast-changing and increasingly all-embracing face of British folk music – it is now a by-word for an exceptionally creative community, inspiring a boldly… 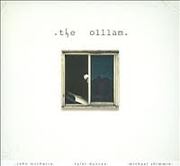 So whats buzzin. Some sounds that we have been listening to over the course of the last week either as part of our album reviews or on Sound Cloud. This is a great new promotional video of the band Goitse with contributions from Donal Lunny and others.  We have often spoke about the quality of their music and even on the Dowd's No 10 track that goes with this video you can hear the quality that is involved. The name Shane Hayes will loom large on your musical horizon in the very near future.  There is a tune on this album called Socks in the Frying Pan. Remember that name because it is the name for a new band featuring Shane Hayes on accordion, Fiachra Hayes on fiddle/banjo and Aodán Coyne on guitar and vocals.  Their debut album will be out… This new album of Irish céilí music is just delightful. I'm used to my Irish music sounding pindrop precise, with virtuosic instrumentalists turning on a dime and…

Samples from "Nights In Shanaglish"

We posted a review on "Nights in Shanaglish" recently and spoke of the eclectic nature of the album reflecting as it did a typical session with music, songs and yarns. We came across this sampler of the tunes so have a listen. Very enjoyable and truly reflective of what a great night involves.

"Nights in Shanaglish continues a… John McEvoy has called his new album "Traditional Irish Fiddle".  It's a straightforward, no nonsense description that perfectly describes what is in store for you the listener. This is his third recording, with previous releases including critically acclaimed albums ‘The Kilmore Fancy’ with his sister Catherine McEvoy and ‘Pride of the West’ a…