February 2013 Album of the Month 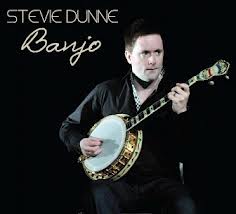 Its that time of the month again where we pick our album of the month. The start of 2013 has been pretty good for music and while one or two of the albums are from last year, delayed due to the volumes we have been getting through they are still included in January. February's Album of the month will be the new banjo album by Stevie Dunne. Simply titled "Banjo" it is a… 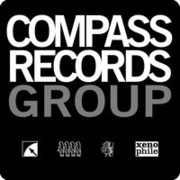 We notice that compass Records have uploaded some great sound files onto their Soundcloud page.  There is a whole range of samples from Solas, Liz Carroll, Bothy Band, Andy Irvine and lots more.

If you don't have some of these classic albums its a… With the Temple Bar Trad Fest now in full swing, here are five unmissable acts that you can catch over the weekend. Firstly let’s focus on some fiddlers because we have the cream of the fiddling elite on our doorstep  including the Godfather of fiddling himself Brian Rooney.  Brian is now an internationally recognised fiddler known for his pure… 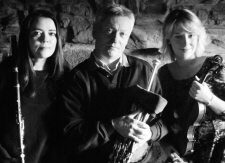 We have previously highlighted a new album release by Emer Mayock, piper Mick O' Brien and fiddle player Aoife Ní Bhriain. Entitled Tunes from the Goodman Manuscripts, the repertoire is drawn from original sources collected by Canon James Goodman in the mid 19th Century in his native province of Munster. From these manuscripts, Mick, Emer and Aoife have chosen music… Highland based Gaelic singing quartet - Cruinn, are set to launch their debut album at the Celtic Connections festival in Glasgow on the 31st January and then perform at the festival the following night. It's release comes exactly a year since the band performed their debut concert at the prestigious winter music festival.

Cruinn brings together four of Scotland's… 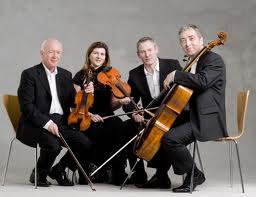 The sound clips from this album sound really good and we will have to get our hands on a copy. Formed in 1999, the West Ocean String Quartet’s vision, eclectic repertoire and style have won them global praise. Their music, most of it written and arranged by Neil Martin, lies somewhere in between the worlds of classical and traditional music.…

Tradconnect member Patrich D' Arcy has been a regular at Timmy Malone's in Toluca Lake, California  for some time. After a year of playing with Dan Conroy and Kevin McKidd at that venue they have decided to make it more formal, and so a new a new group called The Rambling House Band has been formed. Dan Conroy… 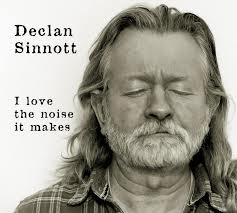 With a career spanning over 40 years, Declan Sinnott has played guitar and produced music for Irish folk luminaries such as Christy Moore, Mary Black, Sinead Lohan and John Spillane to name but a few. He was a founding member of Horslips and Moving Hearts - two of the most influential trad /electric bands in Ireland, and spent 13 years guiding Mary Black's… Featuring Brian Finnegan (Flook!) and 2014 BBC Folk Musician of the Year Aidan O'Rourke (Lau), KAN have announced details of a tour starting May 1st in Glens Centre, Manorhamilton, May 2nd An Droichead Belfast, Cultúrlann Ui Chanáin in Derry on… 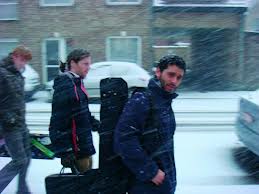 Northern Lights is a Gaelic-Norse song project which illustrates how the themes of folk music are transmitted throughout different traditions. It is a performance dialogue of songs from Ireland and Scandinavia which takes its direction from the mood and colours of songs separated by language but placed in the same emotional… 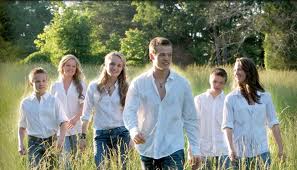 Its nice to get a surprise in the post every now and again. This album titled Chapter One - Roots by The Willis Clan was recieved today and is surprisingly good.  Somewhere between traditional and pop/folk.  They are a family of musicians, dancers, writers, and general all…

Moxie - What lies behind the wall

We are liking these guys a lot.  Formed in late 2011 as part of the annual folk festival in Sligo Live, Moxie are a Sligo and Limerick based band that formed through years of musical friendships from playing together at certain festivals around Ireland.

The band incorporates Irish music with other genres such as folk, rock and new age bluegrass. A vibrant new band playing an exciting mix of traditional based… 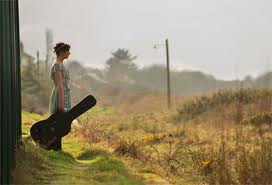 It has been produced by acclaimed contemporary Irish trad guitarist Donogh Hennessy (Lùnasa, Lumiere, Sharon Shannon Band), and the album  takes us on a journey through… The music of composer Seán Ó Riada, who is credited with re-igniting the popularity of Irish traditional music, is celebrated by Louth Contemporary Music…

Keeping our session listing up to date 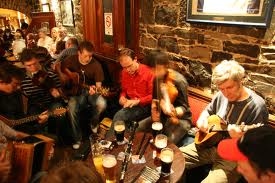 At present our session listing is growing and we are getting good feedback from members who use it. In an effort to keep it up to date we would appreciate if members could check their particular county, state our country with regard to sessions and confirm if sessions should be added to or deleted from the list. The Long Hard Road is a 2003 recording by Tradconnect member Tom McElvogue with Paddy Kerr providing backing on bouzouki, bass, guitar and bodhrán.…

Jimmy Keane and bahola on tour Irish music's accordion virtuoso Jimmy Keane and vocalist Pat Broaders, better known as bohola are starting a short tour. In their own words they "play a driving, muscular, and yet very emotive style of Irish music with deep roots in the 'pure drop' tradition, infused with the raw and gritty urbanized musical vernacular of the Irish and Irish-American… Here is a short introductory video to one of the outstanding albums of last year. There is also a longer documentary version on their YouTube channel for anyone that might be interested. Tradconnect member Betty Harrigan is about to release a new album and we have an audio clip here that will appear on it. Betty has a particular interest in Traditional singing and has performed with and played support to many artists including the Harrigan…