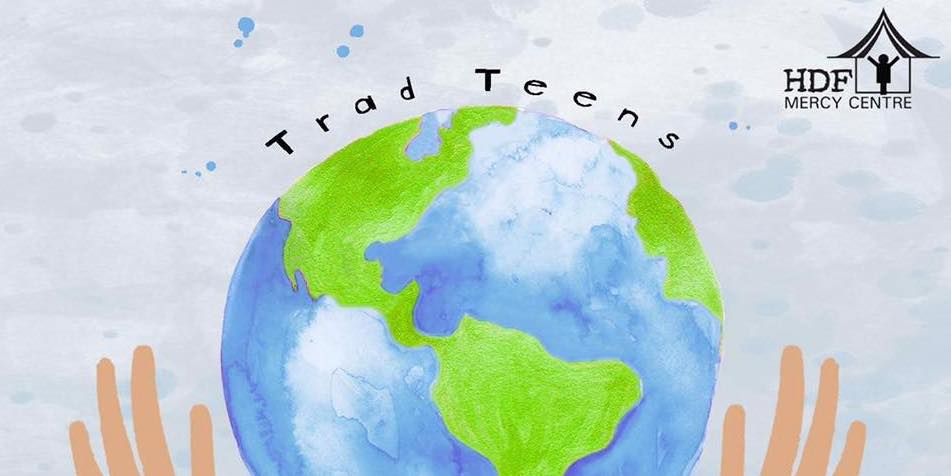 Two years ago New York fiddler Haley Richardson was visiting friends Lindsay and Brian O'Donovan in Boston. In their wide-ranging discussions about music, Haley learned about a charity CD Lindsay had produced which included legendary Irish musicians that had strongly influenced her playing.

“Lindsay's idea was very thought provoking and I decided I wanted to do something similar” Haley said. “I have met so many wonderful young musicians around the world through Irish music and I wanted to highlight them, their hard work and their talent.”

With a new idea firmly planted in her head, Haley set about contacting many of these friends around the United States, Ireland, and Canada. All were under the age of 21 and Haley asked if they would be interested in contributing a track to a CD that would benefit other children. The musicians included Ademar O'Connor, An Crann Óg, Colman Connolly, Dylan Richardson, Gráinne Buckley, Ronan Buckley, John Paul Reynolds, Josie Coyne, Rory Coyne, Emily Safko, Livia Safko, Keegan Loesel, Nia Byrne, Sarah O'Gorman, Ellen O'Gorman, Seamus O'Gorman, Patrick Finley, Hollie Greenwood, Sarah Ling, Quinn Bachand, Senan Moran, and Young Traditions Vermont.

“I received an overwhelmingly positive response” she said, and within weeks the project was underway.

Haley was also introduced to the Mercy Centre in New York by friends Mick Moloney and Donie Carroll who have performed and contributed to many fundraisers for the centre.

The Mercy Centre helps the children and communities in the slums of Bangkok, Thailand. They work with their neighbors in the slums to create simple, progressive solutions that touch the lives of thousands of poor people every day. They build and operate schools, improve family health and welfare, protect street children’s rights, combat AIDS, respond to daily emergencies, and offer shelter to orphans, street children, and children and adults with AIDS.

This album is the final outcome of Haley’s work and she offers sincere thanks to Lindsay, Brian, Mick, and Donie for their inspiration. Thanks also goes to Gabriel Donohue, their sound engineer, and Patrick Finley for his work on the album art.

The biggest thanks goes out to the musicians involved who gave their time and talent to this very worthy project.

Today Tradconnect is also making the album available to over 120 Irish Radio Broadcasters that are part of our Digital Download Centre and we know they will give it their full support.

All proceeds from Music for Mercy go directly to The Mercy Centre in Bangkok, Thailand. To learn more about the Mercy Centre go to www.mercycentre.org.

You can order the CD from www.towheads.org

A wonderful inspiring release by a hugely set of musicians with the intent of bringing to the fore the plight of children in terribly trying conditions throughout the world. I am proud to play such a well intentioned offering and hope it makes some difference to such a worthy cause.