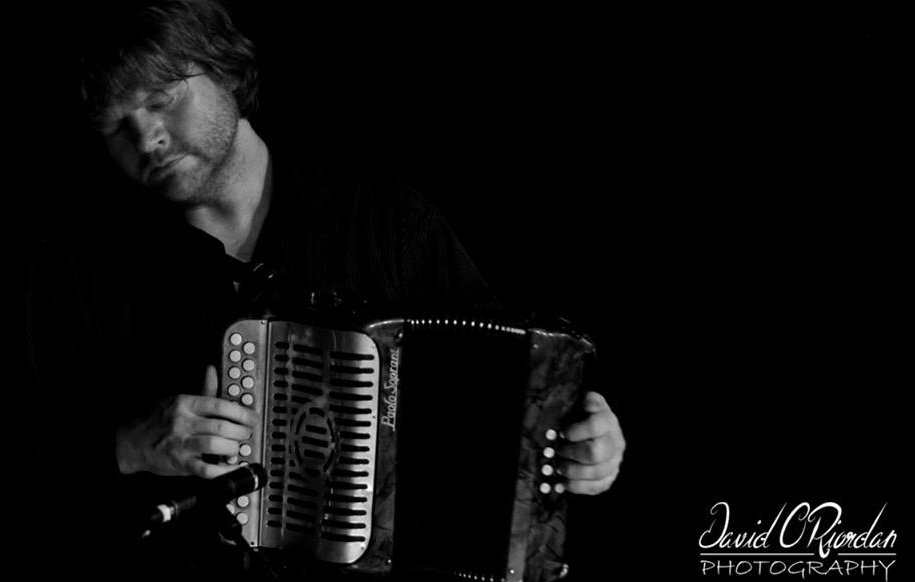 This year Kerry musician Danny O’ Mahony celebrates 10 years as the presenter of Trip to the Cottage.  It’s one of Ireland’s most recognised traditional music programmes, going out on Radio Kerry every Monday night at 8pm.   In a recent interview with Daniel Neely of The Irish Echo he recounts the day 10 years ago when in discussion with a senior Radio Kerry staff member he expressed his disappointment at the shortage of traditional Irish music on Radio Kerry.  The response was “why don’t you do it yourself then” and within a week he presented a trial show which has continued to date.

Danny is from Ballyduff in North County Kerry and was surrounded with music from a very young age taking early inspiration from his late father Mick as well as a lot of the older generation of musicians from his locality.  He states that his musical style is "expressive and deeply personal and reflects his affinity with the music of past masters". Over the years junior and senior All Ireland titles came his way, as did a Masters in Performance from University of Limerick.

Here however we present music from the man himself with three exclusive tracks from his albums.  In May 2011 he released his long awaited and critically acclaimed debut solo recording called ‘In Retrospect‘.  On it he was accompanied by Patsy Broderick on piano, Cyril O’ Donoghue on bouzouki and Johnny ‘Ringo’ McDonagh on percussion. The album received a lot of play and is one of the great accordion albums. Here is the first track off the album including the reels The Maids of Mount Cisco/Pigeon on the Gate/John Dwyer’s.

The balance of the album continues with the same beautifully balanced sound.  The bright bouzouki work from Cyril O’ Donoghue perfectly matches the playing from Danny himself.  He pays tribute to many musicians both local, and beyond that have inspired him down through the years.  There is a great James Scott Skinner hornpipe called Ward’s and he also pays tribute to Paddy O'Brien from Newtown, Co.Tipperary.

In 2012 he released a duet album with Mícheál Ó Raghallaigh called “As It Happened” As the name would imply it was a free form approach to the music with a crisp, unedited and natural sound. Danny and Mícheál say that.

“We don’t play note for note, probably because it takes too much effort and neither of us are into that really.  This is a free-range recording, with no editing or effects in post production.  What you hear is the music as it happened.  They go on to say that “There is a world of difference between solo and duet playing, each enjoyable in its own comfortable way.  Being able to hear every note on its own or layered with a myriad of others could pose a challenge of analysis or you could just sit back, listen and hopefully, enjoy.

So just sit back and enjoy this first track off the album including the reels Rathcroghan, Garrett Barry’s and Collier’s.

To round off his recordings he has this year been involved in with the revival of the ShannonVale Céilí Band. Included below is the first track from their 2014 release called Shannon’s Lovely Vale.  The set includes Molly Bawn and The New Mown Meadow.

The original band was formed in Ballyduff in 1960 by Dr. Mick Sweeney and since their revival by Danny they have achieved huge success including winning the coveted title of All-Ireland Senior Céilí Band Champions at Fleadh Cheoil na hÉireann, Cavan in 2011.

You can purchase Shannon’s Lovely Vale on their dedicated website shannonvaleceiliband.com.

Danny’s solo and duet albums are available on dannyomahony.com

Trip to the Cottage goes out every Monday night at 8pm on Radio Kerry. Follow this link for more information.