1014, the creation of Music and Mythology 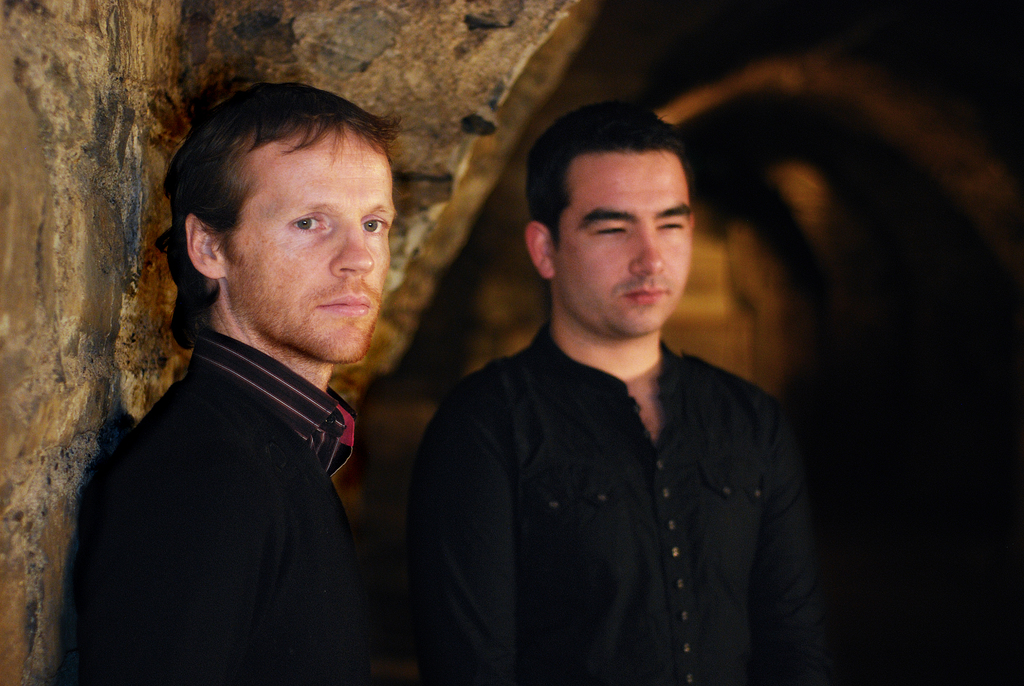 Last year I was asked by the Temple Bar Trad Fest to write  a cycle of songs to commemorate the Battle of Clontarf which they would put on during the festival this January to commemorate the Millennium anniversary of possibly the biggest thing ever to happen in Dublin. The following live recording from that concert is of the title piece.  The battle of Clontarf was generally misunderstood by our given versions of history,  thankfully that is changing now with proper scholarly investigation and discussion now taking place. Listen to the song from the concert and read up on the political and social context of the battle.

The Battle of Clontarf -by Deep End of the Ford

“And there arose also the satyrs, and the idiots, and the maniacs of the valleys, and the witches, and the goblins, and the ancient birds, and the destroying demons, and the feeble demonic phantom host; and they were screaming and comparing the valour and combat of both parties.” These fantastically dramatic words form part of the account of the Battle of Clontarf in the medieval Irish manuscript Cogadh Gaedhel re Gallaibh.

Cogadh Gaedhel re Gallaibh is an account of the Viking invasions of Ireland and translates approximately to ‘The wars between the Irish and the Foreigners.’ In fact the terms Gaedhel and Gall are more subtle than that translation, and if we go back a bit in the etymology of the terms we see the distinction between Goidheal and Gall as a person/people who you know through kinship ties, and one whom you don’t. The distinction is important in terms of the misunderstanding and historical reconstruction of the battle of Clontarf.

In school we learned that Brian Boroimhe (Ború), the High King of Ireland, banished the Vikings from Ireland on Good Friday 1014 at the battle of Clontarf just outside Dublin. Later we heard that that was all propaganda and that it was actually just a scrap over kingship between two Irish kings who both had Norse mercenaries on their respective sides, and that the other version was a naive nationalist construction of the 19th C. At the same time people would point out that the Cogadh Gaedhel re Gallaibh was an elaborate piece of propaganda, while rubbishing its account of events.

Both of these views are marked by ignorance and arrogance and as usual the truth is far more interesting. Thankfully there is a more serious revision of the event happening now and it reveals a conflict of momentous import which had a European wide context.

Brian Boroimhe was a remarkable man. A politician who came from a remote clan almost driven to oblivion by their powerful Gaelic and Norse neighbours, he rose to become the first non-Northern High King of Ireland. He did this through force of will and no small grasp of politics. But what was the political landscape of the time?

In this era the ties of kinship meant a lot. For instance the term Goidheall is to know someone through blood. Gall, a word remarkably similar to the ear, is a stranger to the blood; a person of non-kinship.

Kinship was paramount to the Norse as well and it stretched across oceans. The Norse contingent at Clontarf came from all over the western Viking world and were summoned through the calls of kinship. We know this not only from the Cogadh but also from the Icelandic Njal’s Saga which actually corroborates much of the major incidents and people in the Cogadh.

In spite of the early revisionists assertions about the slanted view held in the Cogadh, there is no reason to assume that the basic facts in it are false. When it lists dates and participants we can take it for granted that they are correct. Cross checking with Njal’s Saga and other medieval manuscripts confirms some of this.

Crosschecking with the tides confirms some of the critical weather conditions of the account. For instance, it said the battle started at Dawn on Good Frday 1014 with a spring Tide at its fullest (at 5:22am just one hour after sunrise) and finished in the evening with a disastrous flight by the Norse and Leinstermen into the returned high tide.

A corollary of the high tides, and possibly a tidal surge; is a stiff sea breeze which gets a spectacular feature in the accounts. According to the Cogadh, a strong sea breeze blew gory splatters of blood and hacked hair back from the battle field towards the city walls, and observers were so besmattered by this wind-borne jetsam of slaughter that none could recognise his neighbour. Yes the Cogadh is liberally full of spectacular imaginations such as this, but the central facts seem to hold water.

The same can be said of Njal’s Saga. We have the Earl Sigurd of Orkney -who was promised the kingdom of Ireland and king Sigtryg of Dublin’s mother if they win the day- who’s raven banner promises victory if it is born in battle. But the bearer of the banner is destined to die. One after another his standard bearers are felled and he calls to Hrafn the Red to bear the fallen banner.

Hrafn, a sensible and pragmatic man, calls back “Bear thyself thine own devil.” Sigurd does and is promptly slain.

So once again we need to dig deeper than the 19th C romanticised versions of these societies. It appears that not all Viking warriors are delighted to die in battle to ensure entry to Valhalla. The medieval stories turn the stereotype on its head.

But returning once again to the political landscape, of which Brian was undoubtedly acutely aware. We have a Viking world on the cusp of empire. United ironically by the newly embraced religion, Christianity. Ironic because it was the Christian monasteries that enticed the Norse marauders to these shores and felt the brunt of Norse brutality over the preceding two centuries.

However king Harald Bluetooth of Denmark had embraced the new religion and had unified the Danish Viking peoples. This kingdom had expanded under his son Sweyn Forkbeard who had seized Britain and Norway. His son Knut of course is remembered in folklore for trying to turn back the tide (perhaps he should have done that trick in Clontarf) and he took over the mantle just after Sweyn’s death in 1013.

Now it may be coincidental, but the date of the battle was perhaps fortuitous for Brian as under an established king perhaps there would have been many more of the Vikings of England at Clontarf. As it was there were many from the Scottish Isles and Man, and it is thought that Brodir, the guy who did the dirty deed in beheading Brian while he prayed, was an earl of York.

It is certain that the Battle of Clontarf had repercussions as far afield as Sweden and Denmark –not to mention Iceland and the Pharoe Isles and France. It also seems to have been decisive enough to dull the appetite of the Norse kingdoms for further conquest of Ireland.

Cogadh Gael re Gallaibh finishes with the succinctly apt postscript “And that is the Battle of Clontarf thus far.” It is a recognition that history is never neatly wrapped up. That life continues and the story continues on through generations and revisions and the building of myths. The story captured in the (almost) contemporaneous accounts of the Cogadh Gaedgel re Gallaibh and Njal’s Saga certainly feed my imagination.