We are happy to announce that our Album of the Year 2016 will once again be sponsored by The INEC Killarney, with a total prize of €3,000 for the winning album.

This is the second year that the INEC have come onboard with Tradconnect.  Last year’s winner was Rooska Hill by Éamonn O’Riordan and Tony O’Connell and they received a total prize of €1,500

We are absolutely delighted that Patrick O'Donoghue and all his team at the The INEC Killarney have once again decided to support this award. To get a festival and musician focused organisation, like The INEC Killarney, on board allows us to really give something back to the artists involved.

The INEC Killarney runs two of the highest profile traditional music festivals in Ireland.  The Gathering Festival takes place in February each year, followed by their new Folkfest which takes place in Killarney on 8th-10th July this year. They have an outstanding linup including Christy Moore, The Waterboys, Mike McGoldrick and many more.

Regarding this award Managing Director Patrick O’Donohue said last year that “new albums are the lifeblood of trad music be they of new compositions or reworkings of ancient songs which might otherwise disappear. We are therefore delighted to sponsor this important award.  We use events like Folkfest and The Gathering to showcase the very best in trad music and are keen to support this industry in any way we can.” 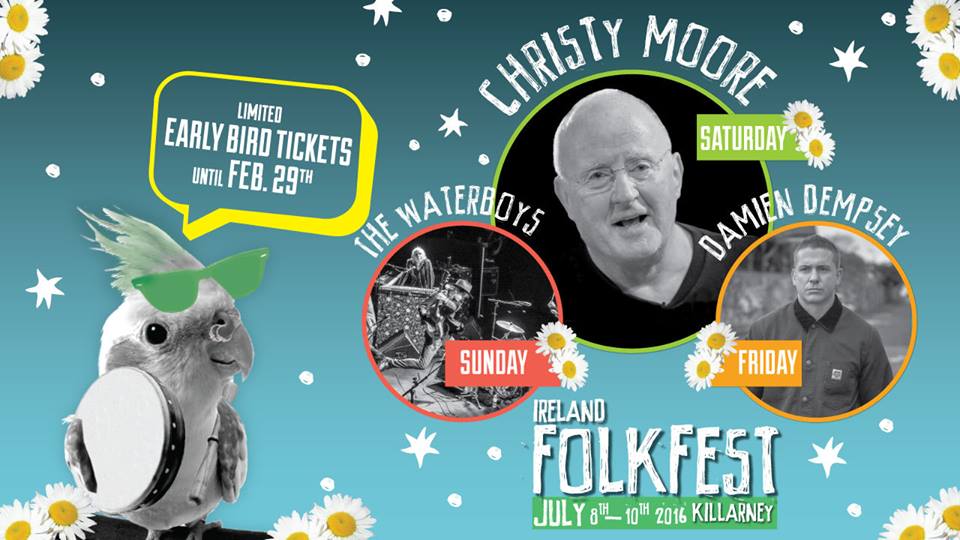 Tradconnect have been running this award since 2012 with previous winners including Rooska Hill by Éamonn O’Riordan and Tony O’Connell in 2015, The Tri-Tones  in 2014, Edel Fox & Neill Byrne with The Sunny Banks in 2013 and Caitlín Nic Gabhann with her self titled Caitlín in 2012.

Artists with new albums on release should also be aware of our Download Centre, a resource that allows over 85 broadcasters to download new albums for free. This is a ready made distribution channel for artists allowing a global release on a single day. We add the albums to a private section of the site where the downloads take place. It also applies to albums that are celebrating a 15th anniversary, released before the present social media age. To date we have distributed 20,000 tracks to over 85 broadcasters.

To have your album included in this year’s Album of the Year Award, all you need to do is send a copy to this address and you could be on your way to winning €3,000.