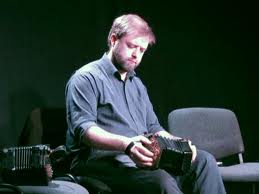 Some material that is loaded onto Tradconnect needs to be resurected from the video vaults such is it's quality. Cuisle Cheoil had a recording of 39 minutes of Micheal O' Raghallaigh which has since been taken down off Youtube.

Cuisle Cheoil is the brainchild of a group of musicians who play on a weekly basis at The Ashdown Park Hotel in Gorey, Co. Wexford. The aim of the group is nothing more than the promotion of the best of Traditional Irish Music in the North Wexford area.

To further this aim, Cuisle Cheoil organised their first annual traditional music céilí and concert in February 2011. Following on from this enormous success, we are now proud to announce the details of our second annual concert and céilí.

A selection of musicians from around the country who are considered to be “amongst the best in their class”, have been invited to perform at Gorey’s Little Theatre for the second annual Cuisle Cheoil Concert. This promises to be a scintillating night of music, which it is hoped will appeal to a wide-ranging audience, not least to musicians from the wider area. A
major session will follow in the Ashdown Park Hotel.

The concert will be preceded by a monster Set Dancing Céilí in the Ashdown Park Hotel a week earlier with music by the Ballyellis Céilí Band.

Cuisle Cheoil is a non-profit making venture. It is hoped we can continue to build on small beginnings and develop this further into an annual, event-filled weekend festival of Irish Music. In the meantime Check out Micheal O' Raghallaigh on www.cdbaby.com