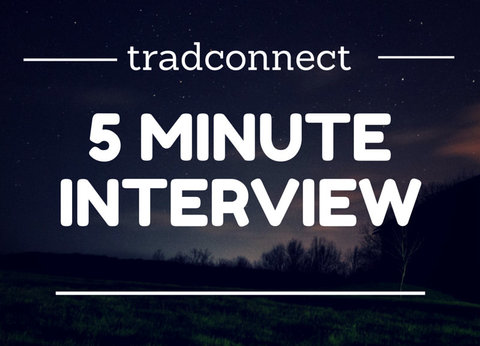 Why are you in the news?

I have just released my debut album “The Tunes Foundry"

How did your album launch go?

I have had a few launches now and each one has been exciting and each different from the last! I've had wonderful support from our local radio Clare Fm and indeed from local musician friends. Considering the album is all newly composed tunes - it has been well received in general.

What's your favorite tune on the album?

I'm not sure really but I do have fun playing the reel Lady of the Hollow and I think Walking the Dog was a good choice for the first track as it is nicely upbeat.

Your favourite traditional album from the last year or so?

Your favourite non-traditional album from the last year or so?

What are you working on at the moment?

Setting up gigs for the summer season and doing more concert-type performances than before.

Your top tip for someone learning flute?

Listen to many styles/copy exactly some tunes from different styles that you like and you will find what then becomes your own style - also a tip Kevin Crawford gave our flute-class during my Master's - warm up your embouchure by playing very gently your favourite two tunes!

Your opinion on Spotify?

I don't know enough about it and feel it is a little too vast for me to learn about.

If you were in charge of traditional arts in Ireland what single item would you put top of the agenda?

What 3 albums would you bring with you to a desert island?

Which single artist living or dead would you most like to have a long lunch with?

Do you think the album in its present format is doomed?

It's hard to tell - but on the upside...we do still have BOOKS despite all the new easy ways of reading! The album is safe for another while.

Your favorite movie of all time?

The King's Speech or The Devil wears Prada

A book you read recently that you would recommend?

Wheels of Destiny by Michael Curran (my uncle) a great story of the famine times in Donegal. You could be there - the descriptions are so real, and the story of the families is so enthralling that it would make a great movie. My mum also wrote a beautiful novel of childhood memories called 'Nuair a bhí me óg' by Caitlín Ní Chuireáin. (Donegal Irish - and I read it!!)

A phrase you use far too often?

A meal out with my husband Matt and a few of our musician idols - then a fab seisiún from them to round off the night! (you did say IDEAL)

Your favourite pub in the world to play music in?

Whichever one has a couple of my favourite musicians playing with me! It's the company that makes it for me.

I'm planning on starting composing again (it stopped so that I could finish off the album and launch it) and have a project in mind as well as more tunes for a second album. Lots of performing. :)