After nearly a decade since the release of her debut solo album, which was described by Irish Music Magazine as “an unexpected treasure” June 2018 saw the release of Steph Geremia’s highly anticipated second solo album ’Up She Flew’. With a firm mixture of traditional and contemporary arrangements and production, the album features music from Sligo, Leitrim and North Connaught.

Steph says: “for me, everything is in the small details... This album has not only been inspired by the rich North Connaught repertoire and particular tune settings from the players from this region, but also from a time when these great musicians breathed life into the tunes with their slight variations and subtle re-phrasing of every bar; when variations mimicked the landscape and one could get lost in the modal discrepancies, shifting from c naturals to c#’s at will... Up she flew and the cock flattened her!”

Steph Geremia, a traditional flautist and singer, is highly regarded as one of the finest musicians of her generation. Known for her vibrant and versatile style, she has been highly influenced by the great North Connaught flute players. As a regular member of the Alan Kelly Gang, she has performed and toured extensively around the globe and worked with many critically acclaimed artists including the Chieftains, Eddi Reader, Sea Road Sessions, Kris Drever and Johnny ‘Ringo’ McDonagh. In the recent past, she has worked with theatre companies from Edinburgh to Galway to the US including Galway’s An Taibhearc and the New York-based, Mabou Mines, in their production of Peter and Wendy, on the original score composed by the late Scottish fiddle player, Johnny Cunningham.

Though being a long-time Irish resident, Steph hails originally from New York where she first began playing traditional music. She studied 'World Music' at the prestigious, Wesleyan University at which time she worked with people such as the legendary experimental jazz hero, Anthony Braxton. After a brief stint living in India, studying the Bansuri (North Indian Flute) under PT Ginde, a disciple of the legendary Panal al Gosh, she moved to County Sligo and immersed herself in the Sligo/Roscommon style of flute playing. She spent many years surrounded by great traditional stalwarts such as Peter Horan and she holds a Master's Degree in Traditional Irish Music Performance, which she completed at the University of Limerick. She is now based in Galway where she teaches and performs on a regular basis as well as continuing to tour internationally. 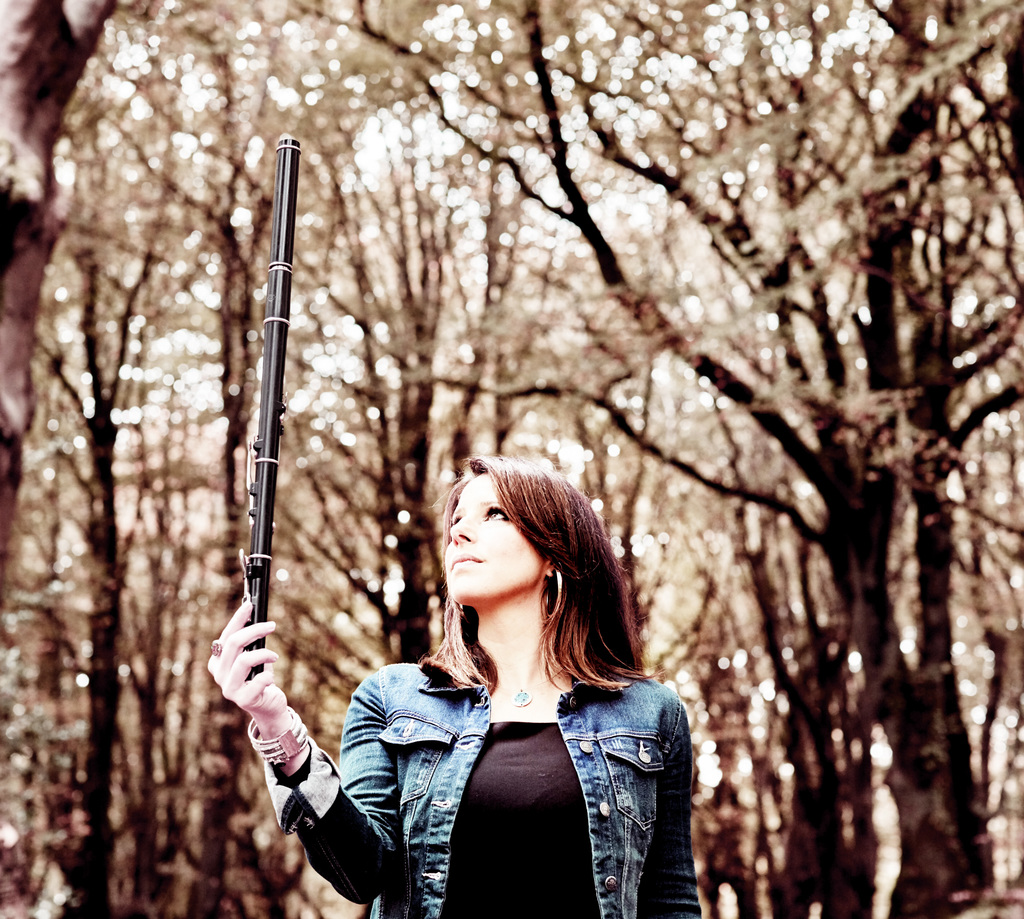 ‘Up She Flew’ is now available to purchase from www.stephgeremia.com

I have been listening to this 'CD' for a few weeks now and every listen unpacks new experiences.  Wonderful album!