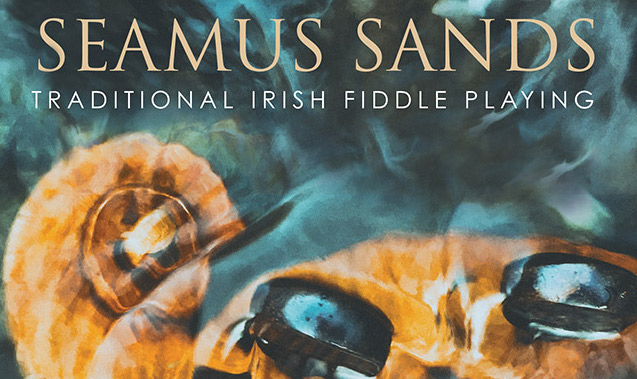 In 2015 we featured the debut fiddle album by Down native Seamus Sands called Across Bridges. That album was very well received at the time, and we are now delighted to feature an exclusive track from Seamus’s follow up release called "A Deep Pool".

On this recording, Seamus tried to sample the deep and very rich pool of traditional music from the area of his own upbringing — the neighbouring counties of Down, Armagh and Louth in the North East of Ireland. He says: “While my ﬁrst solo ﬁddle album, Across Bridges, acknowledged a wide range of inﬂuences and bridges to other traditions, in this recording I've narrowed the scope, delved deeper, and all of the tunes I’ve chosen to play are associated in some way with this region of rich culture.”

This the first track off the album and it features the jigs The Bard’s Legacy / The Freemason’s March / Song in Peeping Tom of Coventry.

Regarding the tunes, Seamus says: “My source for these very old jigs is the Patrick McGahon (1817) manuscript. McGahon lived on the Louth/Armagh border and I’ve really enjoyed exploring the tunes he collected. I recorded these jigs in late 2017, exactly 200 years after the date of his manuscript, as my small celebration of his lasting inﬂuence."

"The title of the third jig relates to a 1784 comic opera, with music by Samuel Arnold, that was performed in Smock Alley, Dublin. I believe that several of McGahon’s collected tunes were used in comic operas performed in Covent Garden, London and elsewhere and sourced by Arnold from traditional material. While the tune may have an earlier title, I’ve left it as named by McGahon to show the historic connection to comic opera sources.”

Seamus says that "most of the tunes and versions are not well known and span from the 1700’s, or earlier, through to the present day. I play some recent compositions to represent a tradition always evolving, like a river ﬂowing and taking on the character of its tributaries as it progresses, and several airs have been included to reﬂect the importance of the song tradition in the area. I hope that some of these unusual tunes and versions might find their way back into the river current."

"I would like to acknowledge the collectors of the past and present that painstakingly help preserve and make available much of the beautiful music that would otherwise not be available for us to explore and enjoy and on this recording I draw heavily on local but not well-known sources."

Seamus is joined by friend and legendary musician Josephine Keegan who accompanies him on a few tracks, and the recording also features his ﬁddle-playing daughters Clare, Tiarna and Lainey. "That makes this recording very special to me," he says.

The album is available from www.seamussands.com