A Conversation with Kris Drever

We make no secrets about our fandom of Scottish (Orcadian to be more specific) singer and songwriter Kris Drever here at Hearth Music. We’ve written about most of his projects, especially his duo with Irish banjo player/guitarist Eamonn Coyne (last KITHFOLK issue). And that’s because Drever’s one of the strongest voices of his generation in Scottish traditional music. He comes from the tradition–his father was in the seminal band Wolfstone–and has about a million bands and projects rolling, each one more innovative than the last. Apart his duo with Eamonn Coyne, he’s also a key member of LAU, one of the most prominent Scottish trad bands. And now his label, Reveal Records, have been re-releasing some of his solo back catalogue. First they re-released the Black Water album, which was actually released in the US back in 2006. And now they’ve released the album I was most hoping for, Drever’s Mark the Hard Earth from 2010. It was released only in the UK and unfortunately few people in the US heard it. Too bad, since it’s the perfect snapshot of Drever’s greatest strengths. He proves himself as a powerhouse songwriter here with the title track, proves himself a master interpreter of the tradition with songs like “Freedome Come A’ Ye,” proves himself a great lover of American roots music with his superlative cover of “Sweet Honey in the Rock,” and proves himself a curator of other songwriters by pulling out fascinating gems from folks like “jangle pop” guitarist Murray Attaway, and underground Scottish songwriter Sandy Wright. It’s a gorgeous album that features Drever’s signature vocals as well as a host of great roots musicians from both sides of the Atlantic.

We caught up with Kris Drever online to talk more about the reissue of his album and about his musical influences and the current culture of Scottish traditional music.

Hearth Music: What was the impetus to re-release Mark the Hard Earth? And how has the response been?

Kris Drever: The re-release came on the back of the Black Water re-release which was very successful. I'm glad we did it because it gives me a reason to go back and perform some of those songs again, there are lot's of good things on there that I'd kind of forgotten about. Plus the new cover is cooler!

Are you working on a new full-length? I've loved your work with Eamonn Coyne and Lau of course, but do you have plans to do a solo album soon?

KD: I'm doing a lot of writing and playing just now with a view to releasing something at the end of next year. I've moved to rural Shetland and find myself with a healthier amount of creative time than I have had for quite a while and although the commute is trickier there are definite advantages. Before we get to the end of next year though there will be an EP with Eamonn and a gang of great musicians from Shetland and a new Lau album so I'm trying to stay focused on those things just now.

Tell me about the last Lau album, which I also loved. How was it working with renowned American indie record producer Tucker Martine (The Decemberists, Laura Veirs)? He's an amazing producer!

KD: Lau’s Race the Loser was an undoubted artistic success for all of us, maybe the best thought out thing we've done so far. The fact that it was well received in the press and sold well is also a win but the biggest thing was probably meeting and working with Tucker. He creates a very relaxed atmosphere but he embodies a ferocious work ethic. The results from those recordings were so beautiful and full of unexpected details, truly inspirational. I still hear new things when I listen back.

What was it like growing up in the tradition? Where were you born and raised? Your father was in Wolfstone, of course, do you remember the band gathering at the house and hearing those songs from an early age?

KD: Well, my folks played around the house from as far back as I can remember but Dad actually left Orkney before he joined Wolfstone. I do remember session tunes played with a lot of the local folkies. I still get tunes with those people now when I get back there. There was a lot of music for sure but much of my repertoire I picked up in my teenage years.

What was the point where you started writing your own songs? Did this seem to you like a break from tradition or was it more of a continuation of what you knew from your father and other inspirations?

KD: I started writing almost immediately that I started playing guitar, it just seemed natural and somewhat easier than trying to learn other peoples music. I don't know if I think it's a break from tradition. The music I write is heavily informed by the music I grew up with and so must at least be family to that music. It's not a conscious decision but certainly the audiences I attract seem frequently to also listen to more folk/trad/roots music than the average Joe.

You seem to be really drawn to American roots music. Certainly Mark the Hard Earth features Tim O'Brien and covers our buddy Caleb Klauder. Plus you cover Cahalen Morrison on the Storymap album w/Eamonn Coyne and cover American traditional songs as well. Why are you drawn to this music? What do you hear in it that links it to Scottish trad?

KD: I think partly it's timing. The banking crash coincided (possibly not coincidentally) with more US acts coming over here playing gigs and festivals so I've seen more American roots acts than a lot of the musicians who grew up here before me. I met Tim O'Brien first in my early twenties while I was playing Double Bass with Kate Rusby and his way of playing really impressed me, I had never seen anything like it before. I instantly wanted to emulate the boneless right hand. I feel like there are parts of American music that are very close in spirit to the music that I play but I also feel that there are good things in the technical delivery of that music that can be taken into Scottish music without altering its intent.

I toured with Caleb some years ago in a project exploring the historical trans-atlantic links of various songs and tunes from Scottish and American traditions hence the cover, and similarly I love Cahalen’s music and wanted to try and incorporate it into a set with Eamonn.

What do you think of the state of Scottish traditional music today? Do you think the glossy, classical fiddling or overdriven ceilidh tunes have started to fall away in favor of rawer music? Certainly folks like Alasdair Roberts seem to be bringing out a much rougher side to Scottish traditions.

KD: There are definitely sessions around where that's true, that has been true for a long time though. When I first moved to Edinburgh in the mid 90s there was a scene that bore no resemblance to the styles you describe except ironically and they existed sometime post Easy Club. The Ceilidh scene is as separate from the trad scene as the piping scene is. They're almost totally separate worlds, in many ways there are closer ties between the jazz scene here and the folk scene than any that exist between the Ceilidh players and competitive fiddlers and pipers. There's a newfound confidence in the older material, in the Scottish voice on record and in the production of art in general.

You have so many projects going on, many of which bring out new albums. Do you feel you draw strength and inspiration from collaboration? Why so many different projects?

KD: It's all stuff that interests me and that I don't feel I get to express in the other projects. There is a definite freshness to be gained from moving from one discipline to another and that, I hope, is beneficial to all of them. Mostly it's because it's fun though, to make new friends and to learn new music.

What brings you back to the old music? Do you ever feel like you're obsessing over antiquations? Or is trad more of a foundational template to support your own ideas?

KD: It's important to play it socially, to express that music with like-minded friends because it's challenging. It's lasted a long time in some cases. Because it's good. It's conversational and it's interesting, it's a beautiful way to feel like part of a team that's all pulling in the same direction. Sometimes even in a room of strangers.

Though the idea of Celtic music is largely a fantasy, what do you think differentiates Scottish music from its "Celtic" cousins like Irish, Welsh, Manx, etc...

KD: The accent, the way tunes are phrased, the decoration, the repertoire. There are lots of little regional ways in which the music of Scotland is different from one place to the next. There are obvious familial similarities between the nations too.

I think it's largely shaped by people though. The players we all love the best are usually the most distinctive and individual. I suspect this has always been the case so the countries sound different because they followed the examples set by their best.

What was one important lesson your father taught you?

KD: Try and get some stuff done while you're young. 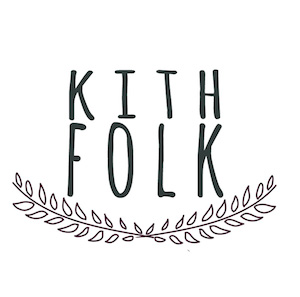