Don’t be deceived by Michael McGoldrick’s scant solo output: instead, be excited - be very excited - at the arrival of his new album, Arc: his first since 2010, and only his fifth in 22 years. Such unhurried intervals make any McGoldrick release an auspicious event, with each both cementing and extending the flautist, whistle player, uilleann piper and composer’s repute as one of today’s towering instrumental talents.

His solo work’s slow distillation is directly symbiotic with McGoldrick’s prolifically freewheeling collaborative career, across multiple genres, impelled by a seemingly boundless appetite for - and delight in – the music-making he’s pursued since childhood. Listing all the notable bands, projects and recordings his playing has graced would take up much of this document.

With its pithily apt title, Arc sees McGoldrick both reflecting and building on his trailblazing career trajectory, and the myriad musical adventures it’s encompassed, connecting through his Irish roots and Manchester birthplace - where he still lives, and always has - with a worldwide wealth of traditions and contemporary sounds. “All my albums have been a progression over the last 20-odd years,” he explains, “but this time I was really trying to use all those experiences to do something a bit different – different from how I’ve written and recorded before, and also from what anyone else is doing,”

True to that ambition, Arc does indeed embody a yet further, fuller realisation of McGoldrick’s extraordinary gifts. His unmistakable melodic voice, expressive authority and polyglot rhythmic fluency are still joyously front and centre, while also in the thick of an ensemble sound both tighter and freer, packing additional heft and sparkling with spontaneity.

“Through working with Neil, and now also Alyn Cosker from Undivided, who’s known more as a jazz drummer, Arc has a lot more improvising on it than earlier albums,” McGoldrick says. “Most gigs I do with other artists, I’m improvising - that’s why they get me in – and I wrote the new tunes to try and build in that freedom, for everyone involved: a lot of the tracks were recorded in one take.” 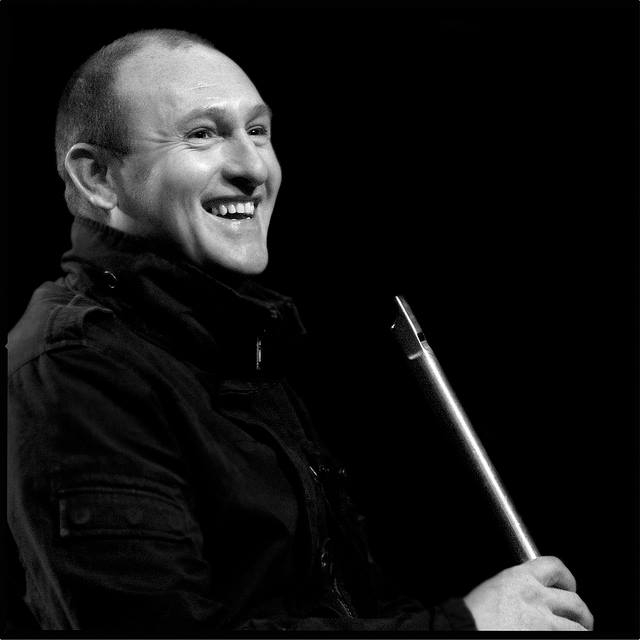 “On previous albums, I’d often share the top line with other melody players,” he continues, “but the setup was basically me plus backing. This time, dynamically, it’s much more about the bigger picture - all the different lines and layers everyone came up with - and especially the bigger picture rhythmically, partly from the jazz side, but also from working with people like Zakir and Fatou.”

‘Fatou’ is the wonderful Malian singer Fatoumata Diawara, from whose magical Celtic Connections performance with McGoldrick, a few years back, Arc’s scintillating Afro-funk live cut ‘Bakanoba’ was lifted. McGoldrick’s sleeve-notes for the deliciously shape-shifting ‘Wassalou River’ credit its inspiration to “performing with many great World music singers over the years” – singers also including Youssou N’Dour and Bobby McFerrin.

Other immediate standouts include the gorgeously uplifting ‘Trip to Nova Scotia’, dawning from delicate, yearning expectancy to bubbling merriment, radiantly augmented by the strings, whose eloquent restraint also adorns the achingly lovely slow air ‘Angel Meadow’, an equal-parts blend of heartbreak and bliss. The band’s traditional core thrillingly flex their muscles over the majestic course of ‘Simon & Candy’s 50th Wedding Anniversary’, before cutting loose with end-of-the-night élan in ‘The Ogham Stone’. “I’m still really enjoying listening to it myself,” McGoldrick says, “even though I’ve been living with it so long. I’m still hearing new things in it - things the others are doing, just little twists and details in how they’ve played something – and that was another goal I started out with: I wanted to make a record that the more you listen to it, the more you hear.”

By this and all his other criteria - McGoldrick having always been his own sternest critic - Arc represents a resounding, resplendent, back-of-the-net success.