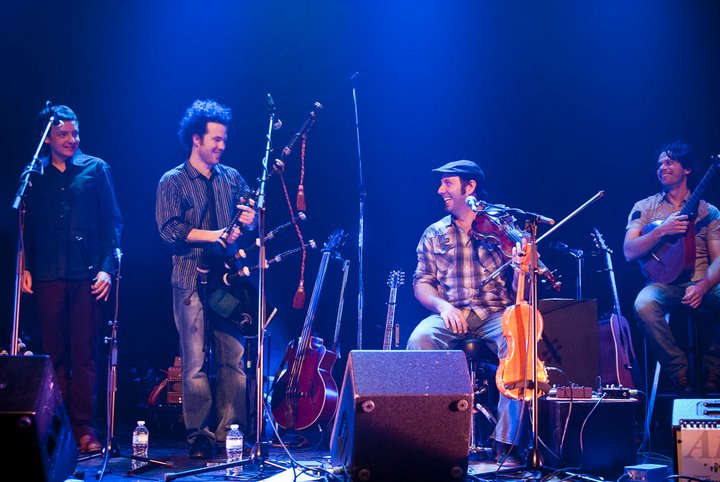 Adieu du Village  - This traditional song is another gem found by the band in Acton Vale in the Montérégie region of Québec. Uncovered in a research paper in 1984 the song tells the story of Pierrot, who kills his lover to please his mother. He’s sentenced to death by hanging, but the hangman’s rope breaks and he survives. Pierrot is actually the story of all of us. We live with our lies, our violence, our wrongs, but life often grants us a reprieve. We’re confronted with clear-cutting, pollution, and the destruction of our heritage, but we get a second chance to do better. Behind the dark tale of Pierrot, there’s the hope of a better world. This song from the past was modernised thanks to the melody of Nicolas Boulerice, as well as contemporary arrangements that notably include bouzouki and vocal effects.