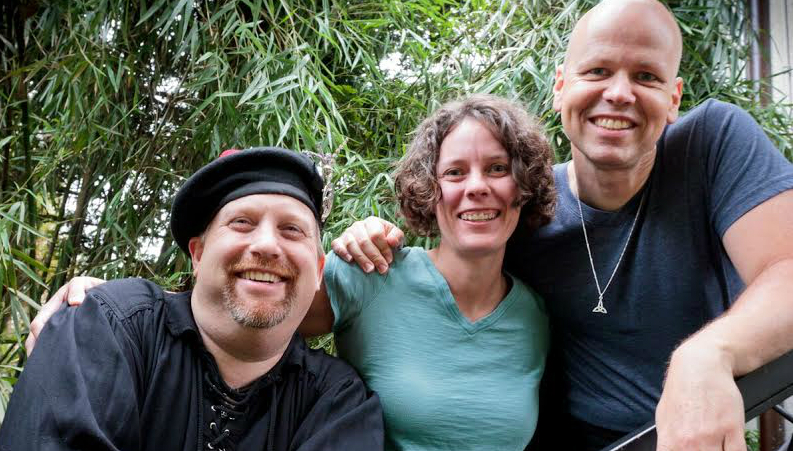 Tilly’s Jig is the latest release by Beltaine, a Celtic Fusion band from Portland, Oregon. This is the band’s 5th album in over a decade of performing and entertaining audiences in their hometown. They continue their journey of performing traditional Irish and Scottish songs in non-traditional arrangements. In addition to the guitar, flute, and accordion, the hammered dulcimer is the band’s featured instrument, adding a percussive and unique melodic contribution not usually found in Celtic music.

The album includes both original and traditional instrumental tracks as well as a number of well known songs like Finnegan’s Wake, A Nation Once Again and The Rocky Road to Dublin. They say that “there are several themes woven throughout the album: the sea, family tributes, and of course, humor!”

This is track 1 from the album called Finnegan’s Wake

Beltaine’s core members are John Keys on hammered dulcimer, flute and vocals, Brian Baker on guitar and vocals, Kris Chase on hammered dulcimer and marimbula, and Jamie Vandenberg on accordion. On the making of the album they say : “We recorded the album ourselves at a beach house on the  central Oregon coast.  We also hired some friends on bagpipe, fiddle, and bodhrán to help out with some of the arrangements.  As a band we normally perform in pubs around the Portland area and so we chose the traditional songs based on the most requested/favorites of the crowds we play for.  The original tunes on Tilly's Jig are songs that we also include in our live performances.” “Rocky Road to Dublin / The Butterfly" is a track that really represents Beltaine as a band.  We've taken a couple of famous tunes and melded them together.  The arrangement is certainly not traditional, but we've found a way to join the two songs in a complementary way.”

Their music is informed by their own local music scene which is small but robust, they say.  “There is a healthy group of musicians and performers who perform traditional Irish and Scottish tunes.  There aren't a lot of specific venues in Portland, Oregon that just showcase traditional music so finding places to perform (outside of St. Patrick's Day festivities) can be challenging.

The album is now on release and can be purchased from CDBaby.com You can also visit their website www.beltainemusic.com