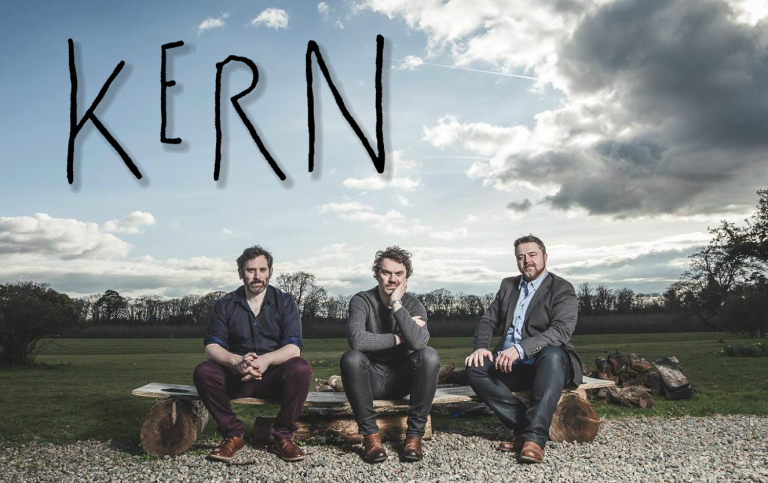 False Deceiver is the new release by Kern, a contemporary folk band from County Louth in Ireland.  The band features Brendan McCreanor on uilleann pipes and whistles, Barry Kieran on fiddle and SJ McArdle on vocals and guitar. All three are from Louth, and this is reflected in their repertoire, which includes tunes and songs from all over the county as well as new self-written compositions. The album manages to combine their varied backgrounds in a modern and contemporary way, and sets them apart from from many of their contemporaries.

“What's really magical about this band is that we've all approached it from different angles” said Stephen when we spoke to him during the week.  “We brought ourselves fully into the recording without any of us feeling that what we do, or who we are, is diminished in any way by it. That's an incredibly rare thing in a band - to be fully yourself, working to your full potential and contributing fully to your fellow musicians. It has also made us very close and has strengthened our friendship.” 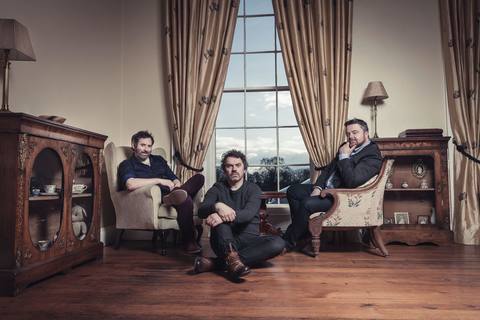 Brendan McCreanor is the youngest member, and has been immersed in music from a very young age, through school and college and into his working life, jobbing as a piper in traditional circles, and also in other genres, rock n’ roll etc. Barry Kieran was a gifted fiddler as a kid, made Leinster Junior Champion, but left it and travelled, lived around the world and turned his hand to everything from finance to sailing.

“When he returned to the fiddle a few years ago, all that music was still waiting for him” according to Stephen. “All that time he had spent as a kid with Gerry O'Connor, all those tunes. He restored an old fiddle that was hanging on his parent's wall (which turned out to be the beautiful 1880's French instrument he uses now) and slipped straight back into it.”

Stephen McArdle had been known as a rock musician and a singer-songwriter with radio and TV work to his credit, playing in LA at an Oscars party and touring in Europe. However it was pulling him away from a what he had been chasing in the first place, a sense of self and of home in his music. His involvement with Kern started around the same time he had a song placed in a German Cecelia Ahern movie which did really well. He went to Germany to tour the resulting Nashville-recorded album, but already knew where his heart was. That tour is pretty much the last time he has played solo.

Included below is the final track from the album titled, William Taylor/The Tempest.  The band assembled William Taylor from three different sources in County Louth: Gerry Cullen of The Voice Squad, song collector Sean Corcoran and Donal Maguire.  All quote the same source for the song (Pa Cassidy of Louth Village), although their three versions are very different, according to the band.  The Tempest they say is originally a fiddle tune, but came to them through the piping of John McSherry on Tamalin’s Rhythm and Rhyme.

We asked the band why they have opted for this contemporary mix, rather than going down the more traditional route. “Honestly, mixing is not a marketing decision” they said. “All four of us (including Trevor Hutchinson who joins us on bass) spent our time chasing the essence of what was going on in the music, the stories of the songs, the arcs of the sets, because we knew what we had done was good and was special. There were a hundred things to worry about during that mix, and frankly the market wasn't one of them. The record sounds the way it does because that's our taste. We're already a blend of trad and rock and folk sensibilities, and Trevor was the perfect foil for that.”

With all new releases it is refreshing to hear new, freshly composed material and False Deceiver includes four very strong compositions written by Stephen in partnership with Steve Wickham of Waterboys fame, and Greg McAteer a writer from County Armagh. According to the band this approach to their material is a “taste thing more than anything else”. They say that “the singing tradition (although very strong in Louth) was not something we really grew up in, it was something we were drawn to as young people. As such, when we pick traditional songs, we tend to look for a road less trodden, either in the song choice itself or in our arrangement of it. And Stephen has been a songwriter for a long time, so total immersion in this project for him meant writing new songs to fit the medium of the band.”

The album will be launched in Dublin Unitarian Church on St Stephen's Green, tomorrow, February 26th. The band will have Deirdre Granville as a special guest, and MC for the evening is Dermot Somers, who they say is “well known as an adventurer and broadcaster but also a superb singer.”

The band will also tour in Ireland and are looking at appearances at the various festivals throughout the year.

In addition to the above track Kern have produced this introductory video.

The album can now be purchased from their website www.kernmusic.com or from iTunes and Google Play

It is also available as a free download for broadcasters that are part of our Download Centre.

Recorded and produced by Trevor Hutchinson

℗ and © Kern 2016. All rights of the producer and of the owner of the recorded work reserved. Unauthorised copying, lending, hiring, public performance and broadcasting prohibited. (IMRO/MCPS)