Highs and Bellows is the highly anticipated new solo album from long-time Solas accordionist and singer Mick McAuley. Having recorded and toured nine albums with that genre-bending, multi-award winning band, Mick now delivers on Highs and Bellows a stripped-down and focused feature of that accordion sound which has been such an inherent component of the Solas sound for all these years and which caused Sting to seek him out to play accordion and melodeon in his recent Broadway musical production of The Last Ship.

For this new solo endeavour Mick engaged the talents of Colm O’ Caoimh (Frankie Gavin & Dé Dannan, Caladh Nua), the Kilkenny-born guitarist who is currently in hot demand on the Irish music scene. Mick and Colm have been playing music together for over ten years and this album beautifully demonstrates a special musical understanding between them.

Highs and Bellows was recorded at the turn of 2016 at GAF studios in Co. Tipperary, Ireland and is comprised of a lovely variety of instrumentals, ranging from hair-raising sets of traditional reels to achingly beautiful originals like Doireann’s Waltz. Also highlighted in this uncluttered musical space are McAuley’s uniquely compelling vocals, which will draw you into a heartbreaking version of As I Roved Out and a fantastic rendition of Paddy’s Green Shamrock Shore.

This is track 1 from the album and includes Mayor Harrison’s Fedora, The Convenience and Matt Peoples.

“At a time when so much about music is changing,” says McAuley, “both in the ways that we create it and listen to it, I felt that I wanted to record the music and songs for this album in a real and organic way and so that’s what happened. I chose tunes and songs I love, many of which I’ve been playing for a long time and so we went to the studio and had a lot of fun recording them. Hopefully, that comes across in the music. All the tracks capture a moment in time; musical snapshots without any airbrushing.” 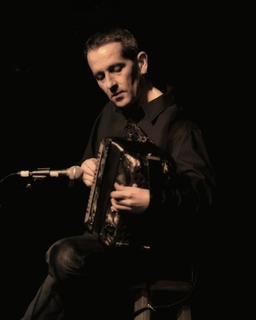 The result is thirteen tracks of spine-tingling energy that hearken back to a time of traditional classics by The Bothy Band or Frankie Gavin and Alec Finn. To give a taste of his love for other types of music, nurtured by a life of international touring, McAuley also includes a sprinkling of exotic flavour with masterful versions of a French musette, Indifferénce and a Brazilian Choro, Domino.

A few of his original tunes are also on the track menu and the Ballycotton Jigs showcase his ability to create new tunes which seamlessly continue what is one of richest melodic traditions in the world.

“I’ve been writing tunes since my early teens and was always encouraged by my older siblings who all played when we were kids”, McAuley explains. “I feel blessed to have grown up in such a musical family surrounded by tunes and carted around to sessions and Fleadhs all over the country for as long as I can remember. Playing music was, and thankfully still is, simply part of life!”

Highs and Bellows is now available on: CDBaby, iTunes as well as www.mickmcauley.com

Recorded, mixed and mastered at GAF Studios by Joe Gallagher