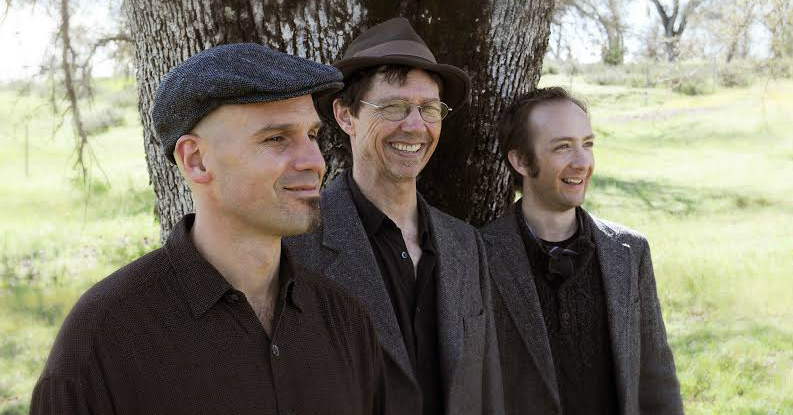 Earlier  in the month we released an exclusive new single by US band Molly’s Revenge, and today we launch the album it was taken from. The album is called "Lift," and it features “a sparkling array of the band's unusual and arresting aural folk art." Molly's Revenge includes members David Brewer (highland bagpipes, whistles, bodhrán), John Weed (fiddle) and Stuart Mason (guitar, mandola). The band describe themselves as “a dynamic, acoustic Celtic band known for its unique and infectious enthusiasm. The classic combination of bagpipes, whistle, and fiddle, with a backdrop of guitar, mandola, and bodhran guarantees an enjoyable experience for all fans of Scottish and Irish music.”

“In early 2016 the band retreated to the Northern California coast, where they worked night and day to put together a record that could surpass the band's previous 12 releases. Their fans (or Mollycules) were very generous with donations to a successful fan fundraising campaign. As before, they traveled north to a secluded retreat among the redwoods to arrange and record the album. They have always specialized in rocking Scottish and Irish jigs and reels, but they wanted to push the envelope on this one, and they did. A quiet beauty only hinted at before has now emerged as a foil for the wall of wailing pipes and fiddle that is the hallmark sound of Molly's Revenge.”

We include a sample track from the album below called Prisme. This is a tune that David fell in love some years ago, after hearing it played by Norwegian hardanger fiddler Annbjørg Lien. They are joined by friends Lisa Lynne (harp) and Aryeh Frankfurter (nyckelharpa) on the track.

“They recorded Scandinavian and French melodies with beautiful guest performances by Aryeh Frankfurter (nyckelharpa)  and Lisa Lynne (Celtic harp). They tapped into the American tradition with a lovely waltz written by Norman Blake brought back by David from a Scottish pub session. A Swedish song melody on bagpipes introduces a set of American fiddle tunes. A melody from a hurdy-gurdy jam leads into a Quebecois reel. Traditional Irish jigs and reels coexist with blazing pipe sets from the pen of the legendary Gordon Duncan. Many of the band's musical heroes are represented in these tunes composers with familiar names like John Doherty, Tommy Peoples, and Jerry Holland.”

“This unlikely collection of melodies was Mollified with a generous dose of California sizzle and old school grit. To complete the project, the band invited German producer Juergen Treys (Cara, Litha) to work his magic in mixing and mastering the record. The result is a step up for the band. An evolutionary leap with plenty of... lift.”

The album is now on release and can be purchased from www.mollysrevenge.com/music and can also be downloaded from www.cdbaby.com

Produced and Engineered by Molly's Revenge

Mixed and Mastered by Juergen Treys