Síle Denvir hails from Indreabhán in the Connemara Gaeltacht. An accomplished performer, she is a sean-nós singer and harpist and is also a founding member of the group Líadan. She has a particular interest in Irish-language song in a modern context and in 2008 Cló Iar-Chonnacht published her book Dearcadh an tSaoil – Amhráin Chiaráin Uí Fhátharta, an edition of songs composed by the Connemara songwriter Ciarán Ó Fátharta.

She received her PhD from the University of Limerick in 2012 and is currently a lecturer in the Irish department at Dublin City University. She is also a regular contributor to various TV and radio programmes and she is the presenter of the programme ‘Sean-Nós’ on TG4.

On the 100-year anniversary of Pearse’s death, on the 3rd of May, 2016, Professor Alan Titley launched this new album called  “Caithréim: Music and Song from the Plays of Patrick Pearse”. Síle performed the songs and music from Pearse’s plays at a celebratory concert, with accompanying musicians Thomas Johnston, Aoife Ní Argáin, Éadaoin Ní Mhaicín, Síomha Mulligan and Claire Dolan, giving a taste of the music and song that can be heard on this research-based CD.

Today we make the album available in our Download Centre and include below the opening track from the album.

In the years before the 1916 rising, Patrick Pearse wrote and produced a number of plays and pageants in Irish and English. Although Pearse himself was reportedly tone deaf, his use of music and song as an integral part of his plays leads us to believe that he understood the effect music and song could have on an audience. Pearse frequently integrated songs into his plays as conversation and so, song became an intrinsic part of the action. Some of the plays were staged in his school St. Enda's, The Mansion House, Croke Park, and the Abbey Theatre. 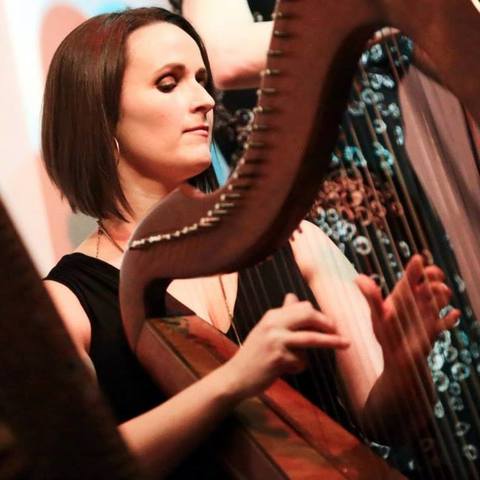 Síle says that “music and song featured in some of these plays, and I was asked to perform some of this music at a symposium that took place in St Patrick's College, Drumcondra, in November 2013 by Róisín Ní Ghairbhí and Eugene McNulty, authors of the book Patrick Pearse: Collected Plays.

The rationale for this particular book is described by the authors:

“In the build up to 2016 we hope that these plays will draw a new generation of readers and that interested theatre practitioners may find in them a source for innovative and imaginative new productions.”

Sile says that “responding to this, I arranged the music and songs that are mentioned in Pearse's plays into one cohesive musical piece which I called Caithréim. The creative approach to the music and songs mentioned in the plays led me to consider the musical landscape of Pearse's time. The uilleann pipes, harp and fiddle were my chosen featured instruments for Caithréim, echoing the musical tastes of some of the revivalists in the early 20th century.”

I am indebted to Eugene and Róisín for sowing the initial seeds for this project, and for allowing me to use their book as a basis for my own research.

The album is now on release and also includes a very comprehensive booklet and can be purchased from www.cic.ie