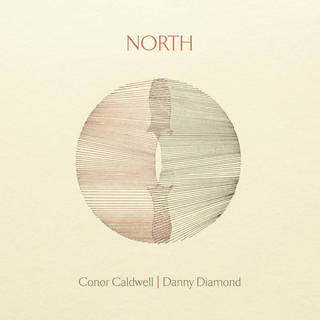 Taking older and simpler tunes and finding new avenues of expression, is at the heart of North, a very fine collection of fiddle music from Belfast-born musicians Conor Caldwell and Danny Diamond.

Last year Diamond released an acclaimed solo fiddle album called Fiddle Music, and this in many ways is a continuation of that story. By working with open tunings they search for the melodic beauty within standard tunes like The Boys of Bluehill, The Plains of Boyle, Over the Moor to Maggie, The Kesh Jig and others.

For those who play music themselves, the album offers particular insight into the manner in which tunes can be reinterpreted and stretched beyond what one would think possible.

The northern repertoire provides much inspiration for their particular sound. They include a Danny Meehan version of The Irish Washerwoman in open G tuning and also pair a Scottish version of the Donegal jig Bundle & Go with a Ceilí Band inspired version of Henchy’s Delight.

Both players have a music research background with a special interest in legendary Donegal fiddler John Doherty and reference many of his tunes; a bagpipe march called The Further in the Deeper and John Doherty’s Quare Waltz are album highlights, with arrangements that are refreshingly crisp and delicate.

At every turn the tunes are re-imagined and brought to life in ways that can only inspire. The music is raw and visceral in its delivery as the players align and diverge with ease around the core melodies. New compositions sit with old including a fine new Diamond composition called The Floating Island which anchors the second half of the album.

This is a gem of a recording and a must-have for fiddle players in particular.

You can now purchase the album from www.dannydiamond.ie and also from Bandcamp