I kind of think of The Paul McKenna Band as a Scottish version of Solas. Maybe it’s just me, but their tight-as-roofing-nails arrangements, adventurous choice of songs that will stick with you, and hell-for-leather instrumental tune playing really reminds me of the best parts of Solas. In any case, with their new album, Elements, The Paul McKenna Band can clearly stand on their own. Paul’s voice is powerful and beautiful, but also filled with a kind of charisma that makes you sit up and take listen. And like previous albums from this group, the song choices are inspired. Album opener, “Lonely Man,” was actually written by McKenna and it’s a catchy number about social graces. “Mickey Dam” is a pure classic Scottish song of piss-and-vinegar, and shows that though McKenna has a hand for subtle songs of social protest, he can also kick in a 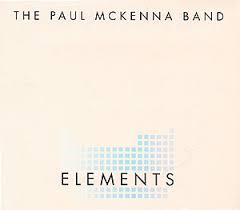 burning Scots anthem as well. Honestly, there’s nothing not to like with this album. Fiery tunes, thick Scottish brogues, and master musicianship from every level. Buy this, would ya?

Your images disappeared on this Devon so I replaced them