An exciting prospect for 2019 - video teaser from Trú 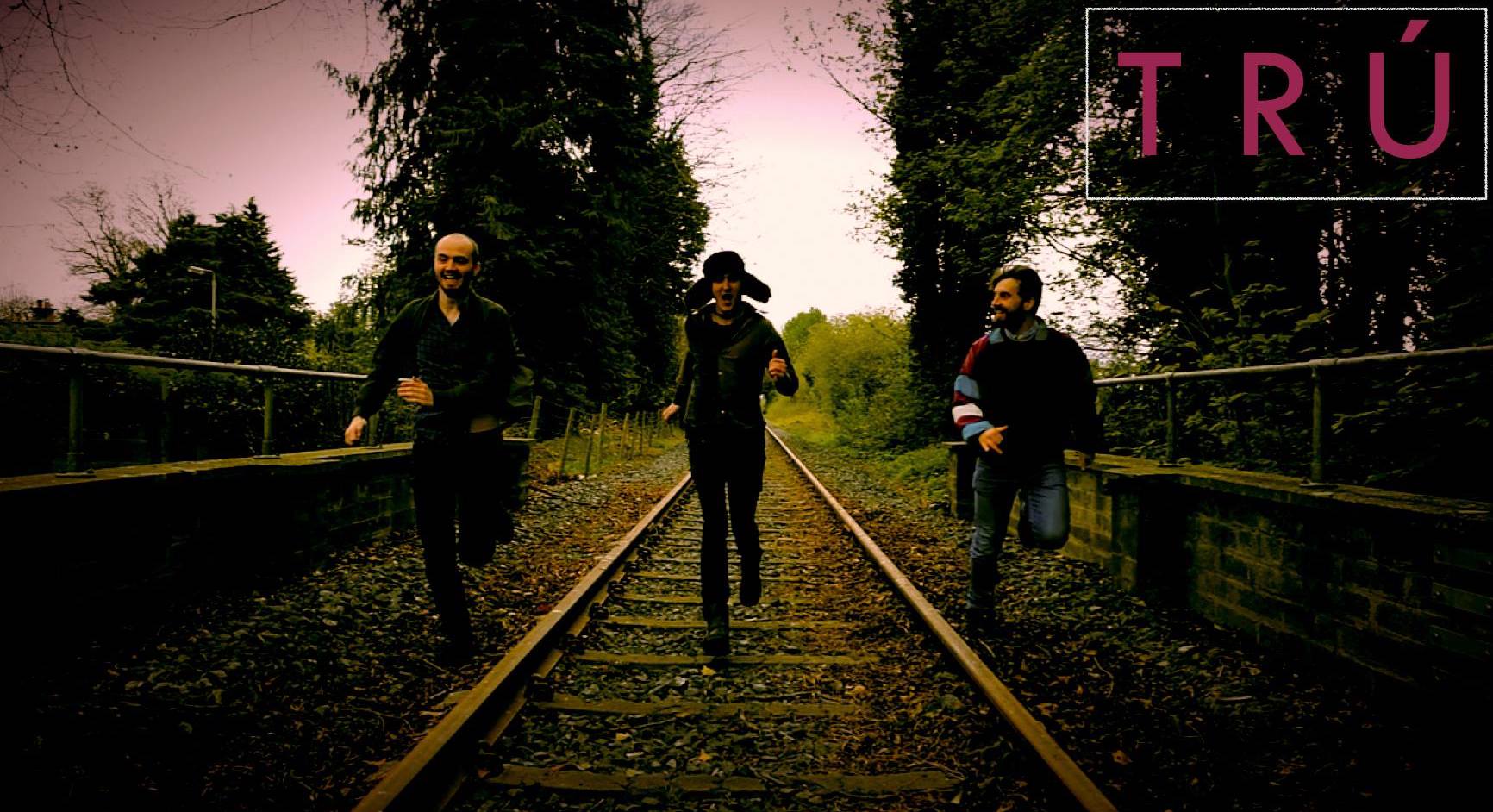 This time last year we covered the music of TRÚ, a trio from Northern Ireland that describes themselves as having an “eclectic musical heritage, absorbing groove funk, Irish trad, and choral harmony to create their own soulful vibe”. On the release of a new teaser video for their new album, they wrote for Tradconnect about the past year.

"Since we last spoke to you, we’ve been playing intimate gigs in France, England, Scotland and Ireland - slowly but surely building a fanbase. We’ve played GAA parties, folk clubs, trad festivals, but the most interesting venue has to be a cluttered luthier’s workshop in Lyon. We played the Danny Kyle Stage at Celtic Connections to a great reception in January and, this Christmas, we posted CDs to fans as far away as Serbia. In 2018, TRÚ’s music featured on BBC Radio Ulster, BBC NI television, Euronews online, and we composed the soundtrack for a Dutch documentary about Brexit.

We’re still tipping away with our own individual projects. Zach explores sci-fi theology with his acclaimed math-rock band, tethers, and earlier this year, he collaborated with prestigious Tokyo jazz group, Mouse on the Keys - you can hear his work on the lead track “Clarity”. As well as co-writing with spine-tingling blues-rock artist Amy Montgomery, Mike Mormecha produces theatre soundtrack music, records countless bands in his own Millbank Studios, and has been collaborating with a Belfast poet.

I’ve been working on a song cycle with one of my brothers, funk-composer Mike. The story is based on the Greek myth of Europa, the Phoenician princess who was abducted from her homeland and raped on Crete by Zeus himself. Although a classical story, the music in the show will be developed from traditional Ulster melodies.

Collectively, the three of us are pouring our diverse songwriting experience into a TRÚ album. We’ve delved into various traditions for inspiration; Appalachian characters, Japanese fairy tales, emigration songs, Scots poetry, Geordie mining songs, sean nós melodies, Ulster folklore. We love arranging these old songs for three voices, guitar (Zach), drum (Mike) and flute (me), but we’re actively sourcing themes, lyrical ideas and traditional melodies that can be incorporated into original songs. This is where we get particularly excited. We’re writing songs about Yuki-onna, the Japanese snow spirit; Greek goddess of love, Aphrodite; the Jewish tale of the Golem; the curse of an Ulster witch; and more...

It’s been a highly imaginative process for TRÚ to collaborate on these three-and-a-half-minute creations using only music and word. The lyrical material is so rich that we still feel we’re just scratching the surface. I suppose we’ve found that we can only really reach the core of the songs when we actually perform them.

As we play more and more gigs, we’re seeing very emotional audience responses. It’s a testament to the strength of these old songs and reminds us of the meaning behind our name; the idea of the TRÚ as a mythological trio (tríar = three people in old Gaelic) of mystical musical bards. In ancient Ulster, the trio sang and recited at feasts, weddings, funerals, on the battlefield - their performances facilitated catharsis for all those who listened. TRÚ survived for centuries; when one of the trio passed, another took his or her place, absorbing the wealth of song and poetry from the other two. Thus, the trio was never broken.

In February, we play Imbolc International Music Festival, and in March, we play Kilkenny Tradfest and a Moving On Music gig at The Duncairn. More dates will be announced in early 2019.