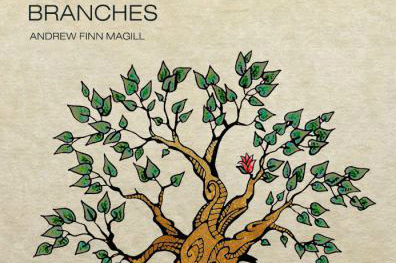 'Roots' was the first of a series of albums that was released earlier in the year by Andrew Finn Magill, a fiddle player from Asheville, North Carolina. We launched it exclusively here on tradconnect. The albums chart Magill’s musical progression in Irish music, featuring the tunes and players that defined his earliest years playing the fiddle: John Doyle, Cillian Vallely (Lúnasa), Sean Earnest (The Yanks), Duncan Wickel and Vincent Fogarty (The Red Wellies). Recorded in three studios on two continents, the music is ‘pure drop’ Irish with sparse instrumentation and innovative arrangements.

This is a sample of Branches, the sequel to Roots, which integrates Finn’s traditional Irish musical foundations with his many other influences in ten original compositions. Branches combines lots of instruments and musicians under a loose banner of "Irish trad." Track by track it gets more adventurous.”