Authentic traditional music all the way from Malaysia via Belfast 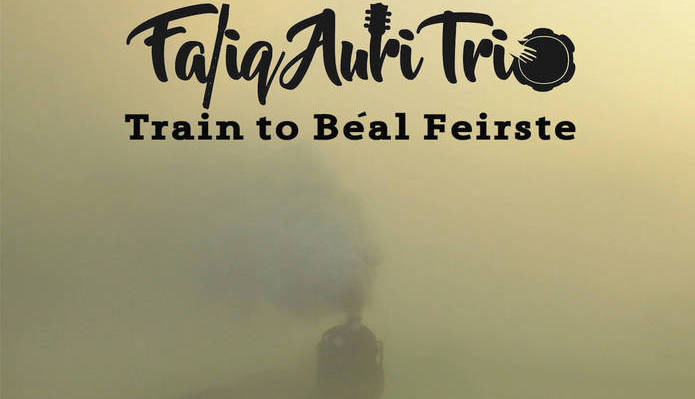 Say hello to the Faliq Auri Trio (F.A.T), a celtic (Irish & Scottish) fusion Trio based in Malaysia. They formed in 2015 and have developed a truly authentic sound. They feature Faliq Auri on uilleann pipes, tin whistle, alto sax and flute, Suriya Prakash on guitars and Abdul Karim aka AKZ on percussions.

Here is what makes them interesting according to Faliq Auri : “Our Malaysian traditional music has a deep influence with the Celtic music. This is probably because of the colonisation of the Portuguese back in the 1500's. Most Portuguese that has settled in here are believed to be from the 'Minho' region, which borders one of the Celtic regions called 'Galicia'. They brought their tradition into this land and most importantly, music called ‘Joget’. Joget is a type of dance music that is still popular among locals. By listening to the 'Joget', one will kinda dance to it  like it was a 'Jig'. (There's a lot of similarities between Joget & Jig!).”

“Because of this, we decided to bring up this 'connection' by forming the Malaysia's very own Celtic Fusion Trio by fusing the two elements of Celtic & Malay together on our compositions and arrangements. Also, we assimilate the fusion with modern flavours such as rock, jazz and other styles to incorporate with the current musical trend.”

They released their debut EP in February and we feature a track below called,

"Train to Béal Feirste", composed by our Uilleann Piper, inspired by a train journey from Dublin to Belfast in 2016.

You might also hear echoes of Northern band ‘Réalta’ in their music following a collaboration with their piper Conor Lamb. To find out more visit www.faliqaurimusic.com or have a listen on Bandcamp