'Be Off' - The debut album from Dublin fiddler Aidan Connolly 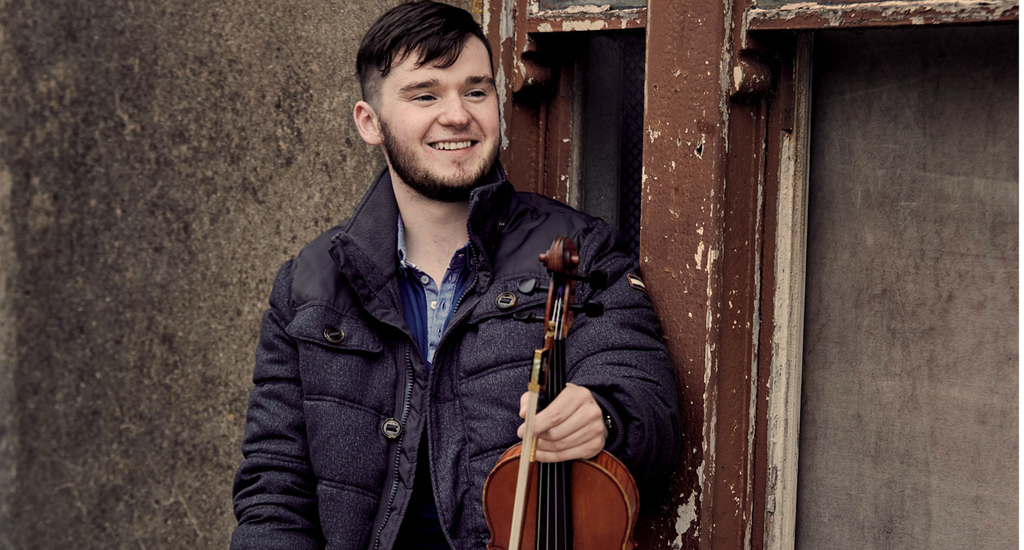 Aidan Connolly is a fiddle player and primary school teacher from Rathfarnham in Dublin, long associated with the Craobh Naithí Branch of Comhaltas Ceoltóirí Éireann. His playing is influenced by a wide variety of fiddle players, including Paddy Cronin, Paddy Canny and Denis Murphy.

He has just released his debut album, Be Off, on the Raelach Records label.

“An album is a marker in time,” says Aidan, “a snapshot. Your playing will change over time and so I decided to capture what it’s like now.”The album features a wealth of guest musicians. There are duets with Liam McGonigle on accordion, Deirdre Winrow on fiddle, Pádraic Keane on pipes, Oisín Morrison on flute, Con Moynihan on fiddle, and Andrea Palandri on fiddle. Pauric Bannon joins in on flute, with Liam and Andrea, on the last track. Ruairí McGorman accompanies on bouzouki on many sets, with Jack Talty playing piano on a few others.

“I wasn’t interested in making a purely solo album. It wouldn’t represent me fairly as a musician at the moment as most of my playing is with others. I also feel I play best when engaged in musical conversation, listening to what others are doing with a tune and responding. I find that when the responsibility to maintain the melody and rhythm is shared, it produces something very authentic, very organic, very social.”

Across sixteen tracks, the album features tunes from an impressive variety of sources. “I’ve always been an avid listener to the old music,” says Aidan, “with a huge interest in learning rare tunes. Primarily, I would learn by ear from recordings of older players. The album features quite a few rare versions of common tunes too. I enjoy playing these for the fresh twist they put on familiar melodies.”

Among fiddle players, Aidan cites the Sliabh Luachra players, in particular Paddy Cronin, as an important influence on his playing, while also mentioning the lines of Paddy Canny, Bobby Casey, Michael Coleman, James Morrison and Paddy Killoran. “I have picked up a lot of twists and turns from other musicians that I have listened to and played with, but I would also like to think that a personal voice has evolved over the years. I would like to think that it is rhythmic and not offensive to the ear.”

But it is the social aspect of music that comes across most on this album and defines Aidan’s approach at the moment. “Music has a wonderful habit of bringing people together. I have a strong musical and personal connection with the other people on this album, as I’ve been friends with them for many years. In a sense, this album celebrates all such networks of friends that develop through music.”