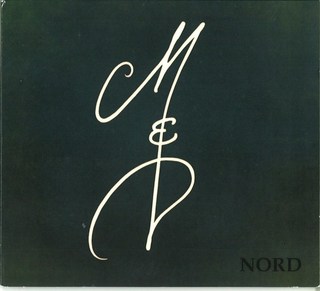 First up is a joint project between Danish fiddler Maja Kjaer Jacobsen and Canadian fiddler David Boulanger. Their album Nord (GO 1013) takes advantage of the fact that Danish and French happen to have the same word for North, but apart from that commonality this is a recording of contrasts and complements rather than shared styles. Most tunes are immediately identifiable as either Scandinavian or French Canadian, and the fiddle duets are fascinating as these two master musicians accommodate their playing to each other. David is one of the many Quebec fiddlers who accompanies his playing with powerful foot percussion, and Maja has extended her reach to include the Norwegian Hardanger fiddle, so their duo fiddle sound is rich and varied. Maja also sings one song here, in Danish I think.

The opening track of Nord highlights the differences and accommodations between these fiddle traditions: two compositions by Jacobsen, one in the Danish folk dance style, and the second is something very close to the Quebec reel style. It's not just the stamping feet that make the difference: the whole mood changes from Jutland round dance to joie de vivre backwoods style. And that's what I find most fascinating about this CD: the same two musicians playing in such contrasting genres. The pastoral Vals som er Ganske Ny is followed by a similarly relaxed song and an energetic little polka, all essentially Scandinavian. Another Jacobsen tune slows the tempo, an achingly beautiful Nordic air, before Boulanger's boots pick up the pace for two well-known Canadian reels. As Nord progresses, the styles do begin to meld, with feet tapping on the Danish sections and Scandinavian harmonies creeping into the French Canadian pieces. The final track is close to a fusion, a bit like those maple syrup pastries: not quite Danish, and not quite North American, but very tasty!

The London Klezmer Quartet, on the other hand, is exactly what it says on the box. This is European Jewish music - ranging from Bethnal Green to the Balkans, but not venturing into the more Middle Eastern territory of what is often called Hasidic music. Although their CD Welcome to Butterfield Green N16 (LKQ 002) steers clear of North African sounds, there's very little here which sits in a Western European major key. The weeping clarinet and the accordion's minor chords accentuate the diminished cadences of the gypsy violin style, not quite Russian, not quite Romany, but not far removed from those traditions. LKQ pluck the bittersweet heartstrings of Klezmer with rare skill, Bulgars, sirbas and horos for the energetic, slower numbers for the more romantically inclined, or for miserable grandmothers lamenting their feckless families. No vocals, except for a few opening choruses of wailing and gnashing of teeth. 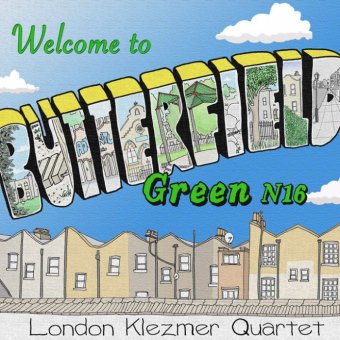 There's some local colour too: Butterfield Green Kolomeyke by the band's fiddler Ilana Cravitz, and Chalk Farm Sirba by accordionist Carol Isaacs. Cravitz and Isaacs have composed about half the material here, with one piece by clarinetist Susi Evans and none by bass player Indra Buraczewska. The rest comes from the Klezmer tradition, particularly the work of the late great American clarinetist Dave Tarras. LKQ's sound is often clarinet led, and the virtuosity of Susi Evans is remarkable, but where the fiddle or accordion cuts in the music is emotional and captivating. With Klezmer it can be difficult to separate the effect of classical training from the traditional influences: most Klezmer players have both backgrounds, and often jazz too. Here, though, the music seems more like a Jewish village band than moonlighting jazz musicians or orchestral players. Although this quartet can sound like everything from a German dance ensemble to a ska outfit, they generally keep things simple and tuneful: the sparse arrangements of Boybriker Nign, or Isaacs’ Kiev to Karrada, are clear examples. The fiddle style is pure Klezmer on Tangalle Honga, Ahavo Rabo, or indeed Ilana's own Billabong Bulgar. Far from a Celtic sound, but traditional nonetheless, and hugely enjoyable.