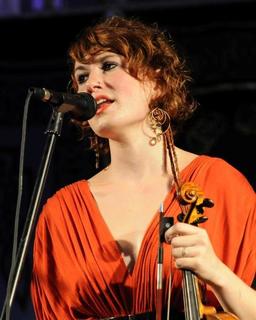 For the first time Italish blog crosses the ocean to speak about Trad Irish Music; in America there is a very active and energetic scene and we would like to introduce it to our readers. The original article is here.

We ask Rose Baldino, the band-leader of Burning Bridget Cleary to help us in doing this.

1. Rose, you are the singer and leader of the group “Burning Bridget Cleary”: would you like to introduce it to the Italian audience? And a curiosity about your band’s name: what is behind this choice?

Back in 2006 my Dad came across an incredible online article about a woman named Bridget Cleary. She is remembered as “the last witch burned in Ireland,” and the story is pretty amazing. Bridget Cleary was a woman living in Co. Tipperary, Ireland in 1895. She was murdered by her husband, Michael Cleary and “her death is notable for one distinct peculiarity: the stated motive for the crime was her husband’s belief that she had been abducted by fairies with a changeling left in her place; he claimed to have slain only the changeling. Michael Cleary denied having murdered his wife, admitting only to having done away with her changeling. His so-called “fairy defense” did not hold up in court and he was found guilty of manslaughter and sentenced to 15 years in prison- after which he sailed for Montreal. His cohorts, including some of Bridget’s own relatives, were convicted of wounding Bridget and served lesser sentences.

As a result of this landmark case, a precedent was set in Irish law that a person could not be harmed or killed for suspicion of witchcraft, and a belief in witchcraft could not be used as an insanity defense in a murder trial” (Description courtesy of Spencer Shaak).

We chose the name because we were so intrigued with the Bridget Cleary story: it remains a part of Irish folklore to this day and we wanted to honor Bridget Cleary’s memory and make sure that her name would live on.  Somehow, we felt a strong connection with her.

2. How did you come in contact with Irish music and culture; what is your connection, how did your interest for it start and how have been increased over the time?

I first started playing Irish music when I was 13. I started going to local Irish festivals, fell in love with the music, and then began taking lessons in the Irish fiddle style. People are often surprised to learn that my family is not Irish, although I recently found out that some of my ancestors WAY back first emigrated here from Scotland. It kind of started as a novelty. I enjoyed playing music other than classical, but the more I learned the tunes and became immersed in the musical culture, the more I fell in love with the whole Irish music scene. I’ve listened to so many different Irish artists over the last 11 years, and have seen and heard so many amazing musicians play; my love and appreciation for the music is stronger than ever. 3. We love to speak about Irish music, and we used to do it with Irish (or Italian) musicians; this is our first interview to American ones. Can you tell us something about the Irish music scene in Philadelphia and in the USA?

The Irish music scene in Philadelphia is actually really great. There is a large Irish community in the Philadelphia area, with lots of festivals and events centered around Irish music and dance. There are some really wonderful Irish music sessions in our region – you can find one almost every night –  where a bunch of musicians get together and play tunes. The USA has an enormous amount of Irish and Celtic music festivals and events, so I feel really lucky to be able to travel around the country and play the music that I love so much!

4. What kind of music does Rose like to hear (apart from “Pressed For Time”)? What is on your CD reader or MP3 player right now?

I absolutely love Irish music, but I also listen to so much music that isn’t Celtic. Currently, I’ve been listening to a lot of “Lana Del Rey,” “The National,” “Radiohead,” “Broken Bells,” and “Hurray for the Riff Raff.”

5. We love to speak and write about Irish culture, generally speaking. Any suggestions about books or writers from the Emerald Island to help a foreigner to understand you, Irish people, better?

I’m not Irish and know very little about Irish literature, but if any of your readers want to learn more about Bridget Cleary and her story, there are two wonderful books written about the event. “The Cooper’s Wife is Missing” by Joan Hoff and Marian Yates, and “The Burning of Bridget Cleary” by Angela Bourke are two excellent accounts of the Bridget Cleary story.

6. Italy – Ireland: it seems there is a special bond between these 2 countries (at least from our point of view), probably beginning with our forefathers who immigrated in America. Thinking of Italy, what does come to your mind? What do you know, like (or not) of this country?

I don’t know a lot about Italy but I would absolutely love to come visit and explore at some point. It’s on the top of my list of countries to visit, so hopefully I’ll get there at some point in the near future. My great grandparents immigrated to America from the northern part of Italy and I really wish I had gotten a chance to get to know them better. My friends who have visited have said that Italy is an absolutely gorgeous and vibrant country! 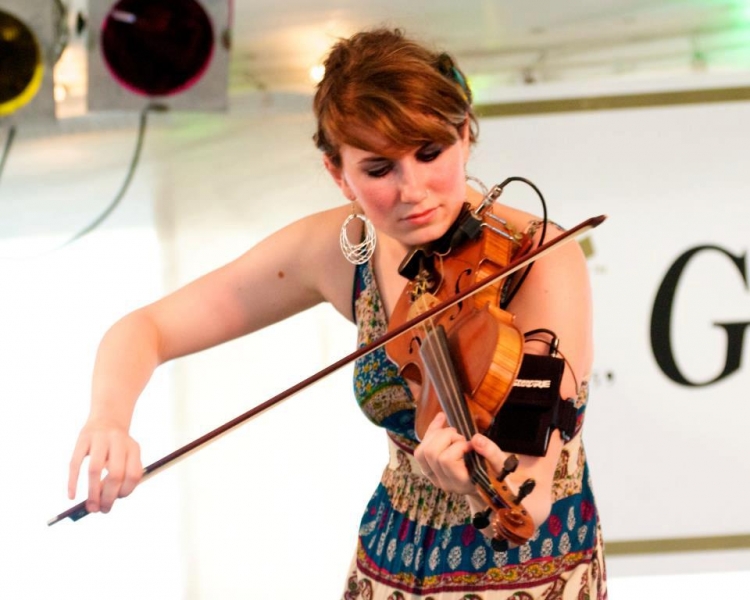 7. Very good, then let us know when you will come here! What about your projects for your future? I read there will be some changes in your group; is it so? What would you like to be when you grow up?

We are currently working on our fifth full-length album and we just released a single called “Another Day.” You can find it on our website. We submitted this song to the Grammy Awards pretty recently, so hopefully something will come of it! We are super excited about the next album because I want it to be a pretty even mix of both traditional and original tunes and songs. We’re also planning on having several guest artists on this next CD, so it will be really nice to collaborate with other musicians.

We also recently had a new musician, Amy Beshara, join the group and she is an absolutely amazing fiddle player and singer. We are so happy to have her on board.

I’m currently 24 years old, so I think I’m MOSTLY grown up, at least physically. I’m currently in graduate school to get my Masters of Arts degree in counselling psychology, so the plan is to eventually be both a counselor and a musician.