Christy Moore's “Journey” will be screened over 2 nights on RTE starting Sunday April 10th at 9.30 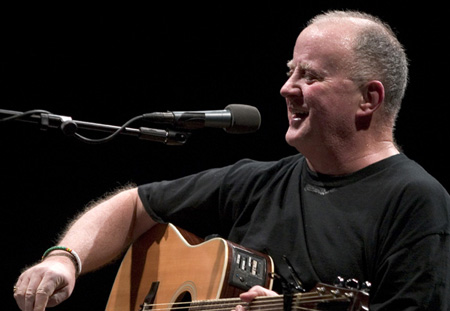 The Christy Moore documentary film “Journey” will be screened over 2 nights on RTE 1. Part One this coming Sunday April 10th at 9.30 pm and Part Two on Monday April 11th. “This two-part film (which concludes on Monday) sees Irish music veteran Christy Moore looking back, in song and interview, at some of the events that shook, and often shaped, modern-day Ireland.”

“Perhaps no other artist has captured the story of Ireland over the past half-century as closely as the former member of Moving Hearts, whose songs range from anti-nuclear protest to supporting the victims of the Stardust disaster.”

Filmed over 5 months by Mark McLoughlin “Journey” gets deep into the songs. “Mark and I travelled back to the source and we encountered many people along the way who shared their insights and told their stories. It was betimes an emotional journey but we got to share many happy moments too.” according to Christy."