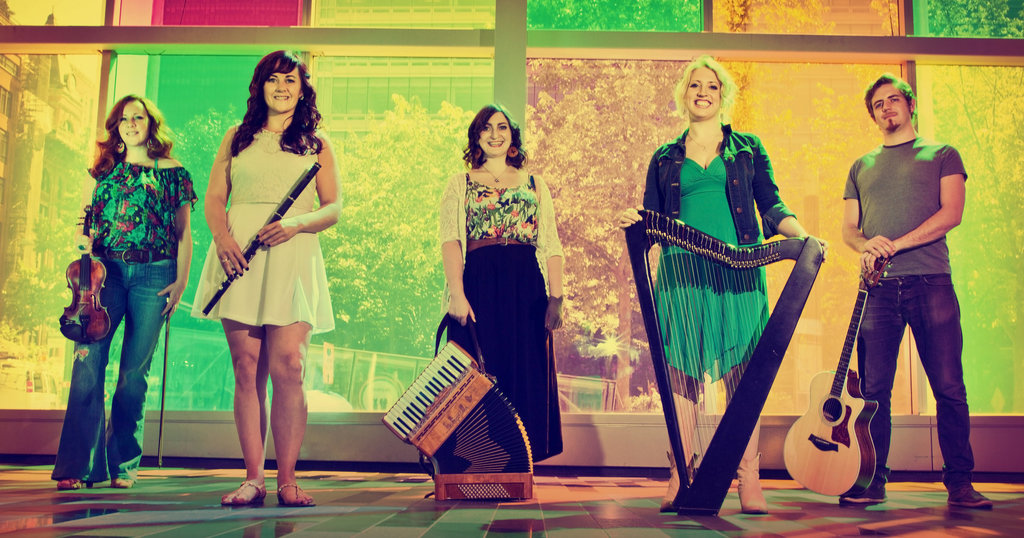 The Outside Track has announced a tour in the UK starting this month. Its an 11 date tour that that will see them playing music from their acclaimed new Light Up The Dark. Regular members Ailie Robertson (harp and backing vocals), Cillian O'Dalaigh (guitar and backing vocals), Fiona Black (accordion), Mairi Rankin (fiddle and backing vocals), are joined by new member Teresa Horgan (vocals and flute).

This is their 4th album, and it shows them to be a band with a very determined spirit. In discussions with harpist Ailie Robertson, she said: “We definitely feel that the longevity of the group is something that's important to us - so many young bands only get one album together, after which nothing really happens. We have always made a serious commitment to the band, and to be on the road for a large part of the year. Logistically it's tricky, as we all live in different places, and even continents, but being on the road and performing is what we love - meeting people, sharing our culture, seeing reactions to our music.  Even when we have a gruelling schedule we are so grateful to be making this our life!”