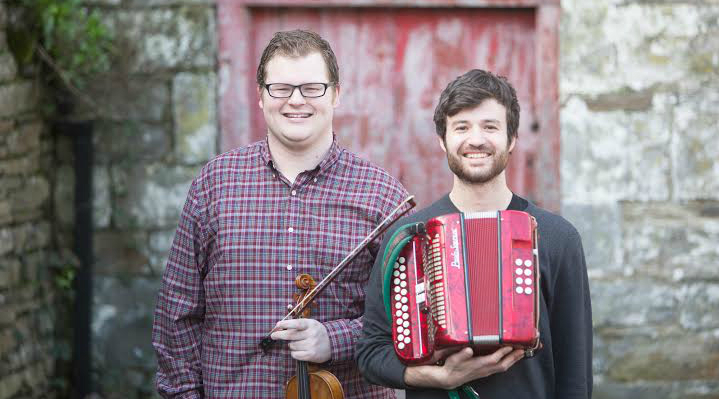 Welcome to Tradconnect’s Worldwide Album Launch series. For these launches we are working with over 50 radio broadcasters globally, making new traditional releases available for immediate free download through our Download Centre. For artists this makes an online launch a truly global event with radio stations around the world gaining immediate access to the album.

Irish Music from the Hudson Valley is the new release from Dylan Foley and Dan Gurney.  Both are members of The Yanks, one of New York’s most exciting new  traditional bands.  Dylan and Dan however share a long history together from their very early days learning music in New York. In the liner notes to the album Mick Moloney provides background to this period and the major influence that came from teachers like Father Charlie Coen and Mike McHale, both who emigrated to the US in the 1950’s. This album is a tribute to both Father Charlie and Mike with a lot of the material drawn from those early years.

Mick Moloney also makes particular reference to Ireland and the draw that it has on American musicians.  Last year Dylan returned to Ireland to win the senior fiddle title at the All Ireland Fleadh and in March they both returned to Ireland to record this album in Paul Gurney’s Longford studio. The result is once again an outstanding album with an energy that can only come from a ‘live’ approach to recording.  Anyone familiar with their work with The Yanks will know of their desire to capture this ‘live’ feel.  They elected to sit together in the studio and simply play their music with Brian McGrath and Alec Finn providing the accompaniment on piano and bouzouki. Included below is a sample from the album starting with the reels The Dawn and The Moving Cloud, both of which they sourced from those early days with Father Charlie. The second tune was composed by Neilidh Boyle.

In advance of the launch we spoke to Dan about the album and his background with Dylan. “Dylan and I have been playing together since we were kids”, he says.  We both grew up in the Hudson Valley region and attended Father Charlie Coen's concerts and sessions. We have thought about doing a recording for years now, and finally got around to it this year. We were in Ireland this March for a few gigs with the band and we figured it would be as good a time as any to go into the studio. We were honored to have accompanists like Brian McGrath and Alec Finn join us, and having both worked with Paul Gurney before we felt really comfortable at his studio and with the kind of sound he could achieve.” 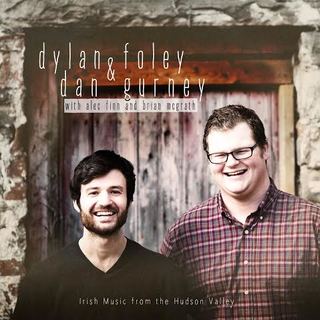 We ask about the tune selection and the obvious tight musical synergy that is evident on the recording. Did a lot of rehearsal take place before the recording? “Since me and Dylan have been playing together for so long, we didn't really do any arrangements,” Dan says. “I was actually getting nervous leading up to the recording because we hadn't planned out any tunes and I didn't want to be caught short in the studio. But a few days before the session we sat down and thought of the tunes that we had grown up playing in New York and these tracks are what came out. We decided to all record in the same room to get a "live" feel and it was a great experience to be able to play with amazing musicians like Brian and Alec.

The album was launched at the Catskills Irish Arts Week yesterday with more launch events coming up in the northeast region. A launch in Ireland may also be a possibility.

The album is now available on Bandcamp. Click on the Bandcamp icon below.