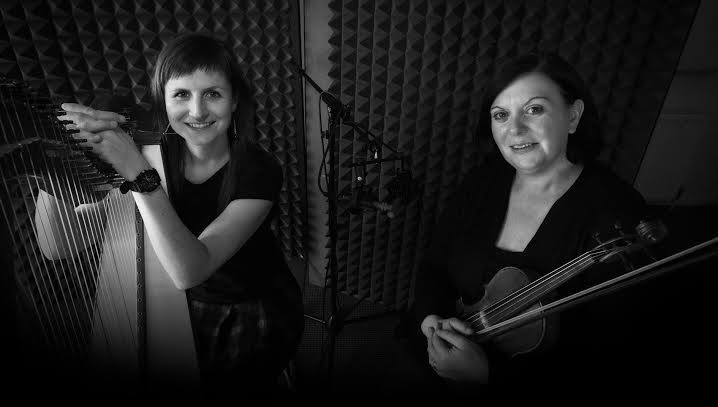 The Shores Of Lough Breda is the new duet recording from Clare musicians Sheila Garry on fiddle and Elaine Hogan on harp.  It features the compositions of the late, great Paddy O'Donoghue from Tulla in East Clare. The recording has, at its heart, O' Donoghue's lyrical compositions brought out sensitively and soulfully by the harp and fiddle combination. There are also a handful of other well known staples such as The Humours of Carrigaholt and Andy McGann’s No. 1 which add a subtle contrast to the O'Donoghue Collection.

Elaine Hogan is a multi- instrumentalist from Ennis. She started playing music at a young age and has studied piano, violin, flute and harp. She has travelled extensively with her music, having toured Australia, New Zealand, the United States and Europe. Sheila Garry is an established and well-known fiddle player from Ballynacally in County Clare. Like Elaine she began playing at a young age and learned music primarily from her parents, both of whom were musicians. She also learned music from the legendary Vincent Griffin for a time as well as the wonderful fiddler Paula McMahon from Broadford in East Clare.

Renowned bouzouki player and son of Paddy, Cyril O’Donoghue also features on this collaboration, while the dynamic percussionist John Joe Kelly completes the studio ensemble. The album's unique sound is focused on the stringed layers of fiddle, harp and bouzouki providing a subtle sound, yet maintaining a striking presence throughout.

This project has been the culmination of a number of years work which initially began when Sheila and Elaine met in Bunratty Castle where they were employed as castle entertainers. Their musical connection was both instantaneous and mutual. The Shores of Lough Breda was the tune which ignited the idea of a recording, and their mutual admiration for Paddy’s music lead them on a memorable journey.

Included below is track 1 from the album, with the following liner notes. “The Shores of Lough Breda, or Lough Brigid if you are to look at some maps and road signs, is the beautiful lake that Paddy’s house overlooked at Ballinahinch, near Tulla, Co. Clare. The tune was first heard by Sheila at a session in Daly’s Pub,  Ballynacally where Paddy played for many years. He would follow that with The Woods of Ballinahinch which is named after  Captain O'Callaghans estate in  O'Callaghans Mills. This set concludes with The Humours of Carrigaholt.”

Sheila recalls learning The Shores of Lough Breda, a reel on the album’s title track, from Paddy himself at Daly’s Bar in Ballynacally, a small village west of Ennis.  It was here that he hosted a regular Saturday night session throughout the 1980’s. Many of the tunes on the album feature in a publication entitled ‘Ceol an Chláir' which was published in association with the Cois na hAbhna Archive in Ennis, Co. Clare. Multi instrumentalist O'Donoghue penned his compositions over a number of years, giving pride of place to locality, local musicians and events as inspiration for his tunes. The Shores of Lough Breda is the first recording of its kind, celebrating the legacy of O'Donoghue's music. 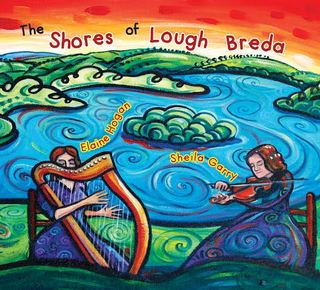 The album had its inaugural launch at The Ennis Trad Festival and was officially introduced by Raidio na Gaeltachta broadcaster Áine Hensey. Talking about the night Sheila said: “ We got a great reaction to the launch in Ennis, a home venue, as it were, where a lot of people were familiar with both Elaine and myself.”

“Many in the audience were also familiar with Paddy O'Donoghue, and would have seen and heard him play at lots of sessions. But what's interesting is that maybe not too many would have heard so many of his tunes played at one time. So I think that people were eager to hear the tunes as much as to listen to us playing them!”

“Áine Hensey was our master of ceremonies on the night and she did the official launch for us. Áine was a broadcaster on Clare FM for several years and knew Paddy well. The nice link on the night was the fact that Paddy had composed a tune called ‘Áine's Invitation’ and dedicated it to Áine, following an interview she did with him some time back. I think people were genuinely delighted to hear and experience a collection of tunes from a local composer, and on the night both Elaine and I spoke about our hopes, that this recording will make Paddy’s tunes more accessible, so that others can learn and play them.”

The album is now available from www.custysmusic.com and downloads will be available shortly.

Beautiful album. I will share tracks on Celtic Road Radio.

Album downloaded for use on Kidnappers Ceilidh. Thanks