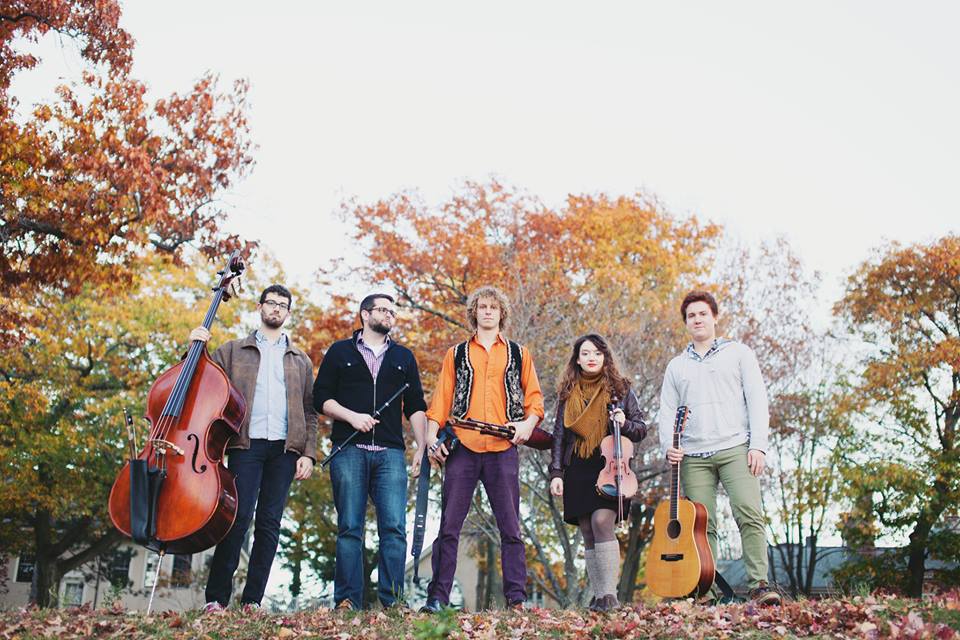 In 2009, twenty-year-old piper and singer Elias Alexander of Ashland, Oregon, was working in the Scottish Highlands. On a break from tree-planting, he sat down at the edge of a stream. In the quiet rush of the water, music emerged: reels and leaping jigs, the songs of coalminers, boat-builders, and broken-hearted lovers. Pulling a tin whistle from his pocket he began to play along. “Something clicked right there,” Alexander remembers, “and somehow I knew that traditional music was going to become more than just something I did, but something I was wholly dedicated to.” This dedication has culminated in the release of his debut traditional album, BYWATER.Comprised almost entirely of original compositions, BYWATER weaves together influences from Alexander’s unique and varied background. While visiting Scotland with family at age fourteen, he was captivated by Gaelic music and culture and began studying pipes upon his return home.

“I wanted to make an album that’s very honest as to where I come from. Composing tunes is my way of negotiating this crazy mix of cultures. The tunes are me, within the context of Scottish traditional music.” In 2011, Alexander left college in Vermont and ended up in New Orleans, busking on the streets of the French Quarter and living in a tent. “I was sort of lost, and New Orleans set me on my feet and pointed me towards pursuing music professionally.” You can almost hear the horn lines in tunes like “The Reclamation,” a march underscored by a funky groove that builds until it unleashes into wild, bluesy solos on pipes and fiddle which, were it not for the traditional instrumentation, might feel at home in a Led Zepplin number.

After graduating in 2013 with a B.A. in music from Middlebury College, Alexander moved to Boston, the heart of Celtic music in the U.S. There he met and assembled what would become the Bywater Band: Eamon Sefton (guitar), Kathleen Parks (fiddle), and Patrick Bowling (flute, uillean pipes, percussion). Named for both the inspiration of that Highland stream and the Bywater neighborhood of New Orleans, the band and the eponymous album take the deep and longstanding tradition of Scottish music and bring it into a contemporary, North American context.

BYWATER is an ambitious effort that re-imagines the possibilities of the border pipes within the Scottish tradition. Alexander’s fresh and intricately composed melodies are put front and center over driving backing, and played with an unbridled joy and crisp variations reminiscent of Lúnasa. The uniquely rich tone of Alexander’s pipes is also complemented by his warm and soulful voice. The album closes with Earth and Stone, a gorgeous and deeply personal reflection on displacement and the search for home. The song begins in 19th century Scotland, tracing the story of a family forced to emigrate to North America. The second verse moves to a portrait of Alexander’s grandmother, the daughter of immigrant coal miners. In the final verse Alexander explores his own story and feelings of disconnection from the land, from home, and from cultural continuity. The chorus brings the experiences of the three generations together: “How am I to know/which direction’s home/when they’ve sold out from under me/the very earth and stone.” Despite moments of poignancy, however, an irrepressible current of joy and freedom runs through BYWATER. By delving deep into Scottish musical tradition, Elias Alexander and Bywater Band have found solid ground. By allowing themselves to speak their own stories into the tradition with composition, improvisation, and tones of American roots music, they have created something truly special in BYWATER. (Source: Hearth Music)

They have just released this video in support of the album and you can find out more by visiting www.bywaterband.com and www.cdbaby.com