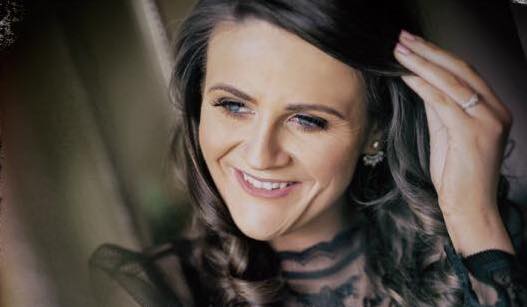 Brought up in a family and community steeped in music, Elle Marie O'Dwyer began her journey in traditional singing from a young age. She received tuition and guidance from some of the "greats" of the tradition, leading her to win many All-Ireland titles.

Since then, she has two albums of traditional songs to her credit. This latest release, a song entitled "Brave Ireland" is written and composed by the lady herself. It tells the story of a father on his deathbed, reminding his daughter to maintain the fight for Ireland's culture & language, it's music & song and to always have pride & value in her homeland.

This is Elle Marie’s first step into the world of song writing. Although she toyed and worked on writing many songs previously, “Brave Ireland” is her first self-composed release.

Speaking with Elle Marie, she says:  “I was inspired to write the song by my own love for and pride in where I come from. I can thank my father for instilling such values in me from a young age. Releasing my own song, which is so personal to me and written from the heart, was extremely daunting but I am delighted to say, it has been received very well. It has been a great experience so far.”

She goes on to say, “I think people can relate quite easily with the sentiments of the lyrics, particularly people overseas, who may have a connection to Ireland. Since the release of the song, I have received messages from people all over the world, telling me of their love and affection for our little island! We should be very proud of it!”.

“Brave Ireland” was recorded at Sonas Studios, Killarney, Co. Kerry and musicians Tony O' Flaherty, Brendan O' Sullivan and Cillian Ó Dálaigh feature on the track. "Brave Ireland" will be included on an upcoming album which Elle Marie plans to release in late July, entitled “On a Day Like This”.