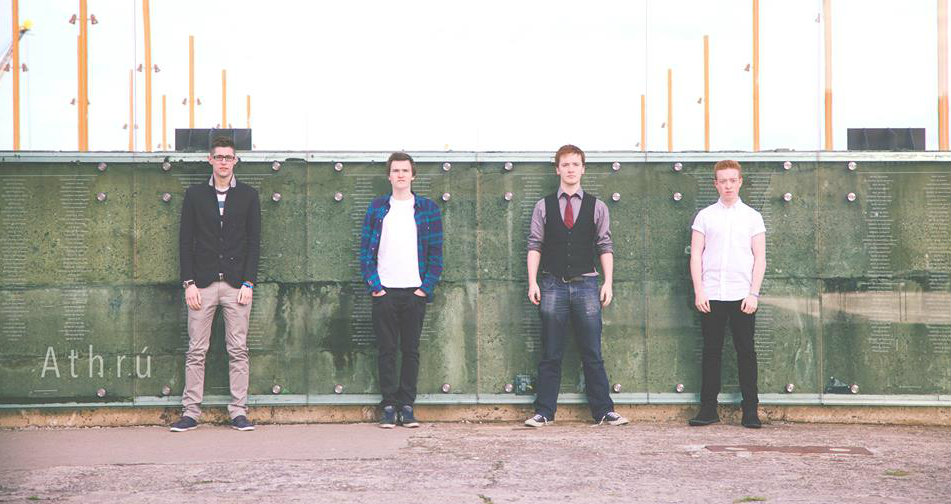 This is the first official release from a new 5 track EP by Northern band Athrú. The group came together on the busy Belfast session scene and very quickly developed their sound which they describe as vibrant and contemporary.  They won Derry's "An Re Nua 2014" competition and have followed up with this new EP.  The first track has just been released and is included below.

In discussions with the band Niall confirmed that they have been working on the EP for a while and have just completed artwork and mastering. They are already planning a number of launches including a Dublin launch at Whelan’s, Wexford Street on 28th June. “We are putting the finishing touches to the EP as we speak!” said Conor.  “It’s an exciting step forward, and hopefully in the right direction for Athrú. We are hoping for an early summer release, and we have many exciting surprises lined up for the season. We have a unique and varied combination of instruments, offering a refreshing, new sound for people to enjoy.  Numerous original compositions are included, as we wanted to set ourselves apart from other bands and groups in the genre.”

Cormac confirms that “the music itself features a few compositions from Niall, Kevin, myself and my brother Ruairí”. This he sees as something that sets them apart from upcoming groups at the moment. “It is so easy to fall into the loop of sounding like other bands”, he says. “For me, using our own compositions is the way forward in trying to get out of this loop, to produce music that is unexplored and which we hope to bring to the next level.” Athrú means change or transform in Irish and this is at the heart of their approach to the music.  There are a lot of new acts coming onto the scene at the moment and having something different to offer, or having a different image is important if you want to be heard. Athrú have high aspirations and youth on their side and this EP is an important first step.

“We like to change and transform our music by adding our own contemporary spin on what we do. It is still possible to do this whilst at the same time respecting the music of the tradition which has gone before us.

"Grace" is one of our favourite tracks on the EP as it captures the distinct Athrú sound that we want to create. The track below includes Seasick Dee by Damien O'Kane, Lisnagun (Traditional) and Slide From Grace - John McSherry

Conor says that he personally would prefer the exciting and unique sounds that modern and contemporary traditional music has to offer.  “Being an accompanist, I like to experiment with what chords and feelings I can create in a piece of music”, he says. “This in turn helps me to make a piece of music as dissimilar to any other given piece as possible. I think this is important as it allows us to diversify our music and sound. Brainstorming and experimenting to find the perfect chords with Cormac on guitar has been a thoroughly enjoyable and challenging experience.”

"We have a unique and varied combination of instruments, offering a refreshing, new sound for people to enjoy"

“Believe it or not, between "Grace" and "Ruairi", these are the two tracks that have been relatively simple in the mixing process.” Cormac says.  “Our combination of instruments helps provide a modern feel, especially with the piano and electric piano which provides a modern vibe. This track features a wide range of what Athrú have to offer musically, with the introduction of fiddle which is a rare occurrence for live gigs! Without giving too much away, the other tracks "Muireann" and "Faye" have a few exciting touches added during the mixing process to look out for.”

Niall also feels that young people are listening to modern Irish bands which are influencing them in their desire to experiment a little bit more. “I think it's encouraging that young people are more engaged with Irish Traditional music while at the same time organisations like Comhaltas keep the tradition alive at grassroots level as well.” he says. 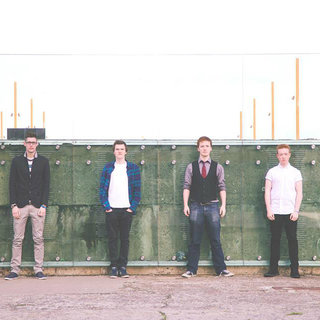 Cormac likewise feels that with all five of them having come from Comhaltas backgrounds, it is important to respect what has gone before, before they allow themselves to experiment. “Experimenting with new sounds is great, but there is always the risk of sounding too "out there" and limiting ourselves to a smaller audiences”, he says. “Traditional music is certainly in good hands, with the amount of young people getting involved, both playing and supporting the music. For me, my love of traditional music started at a young age.  My Dad was a major influence when I was young and that influence still continues in the music of Athrú to this day.  He has an experienced ear with a great knowledge of the music and that is certainly something that helped us when it came to recording.”

The full EP will be available before the summer, at which point the band will be announcing a number of launch dates. You can catch them at Whelan’s, Wexford Street, Dublin on 28th June 2015.