Feis for Philippines will take place in St Mary’s Church of Ireland, Dungarvan on Saturday 21 December. It will feature members of Caladh Nua, Donnchadh Gough from Danú, as well as Dónal Clancy, sean-nós singer Nell Ní Chróinín, TG4 Young Musician of the Year 2012, Caoimhín Ó Fearghaíl, his brother Seán, as well as Noel and Brendan Clancy.

Those attending the concert will have the opportunity to hear tracks from folk music royalty Dónal Clancy’s new album. While “Songs of a Roving Blade” won’t be officially released until the new year, the record has already been described by Irish Music Magazine as “the goose-bump album of 2014”. Dónal returns home this week after a US Christmas tour with Danú.

The rest of the line-up for Saturday night is equally no stranger to rave reviews. Derek Morrissey, Colm Ó Caoimh and Paddy Tutty of Caladh Nua have been described by “The Irish Times” as “highly proficient”. Donnchadh Gough’s “distinctive slap tone style” on the bodhrán has been widely praised, to say nothing of his abilities on the uileann pipes. Nell Ní Chróinín has won several awards, including the title of TG4 Singer of the Year 2012.

Caoímhín and Seán Ó Fearghaíl, together with Tomás Ó Gealbháin, this year released the hugely acclaimed album “La ag Ól Uisce”. The award-winning brothers from Ring have numerous All-Ireland medals to their names, and are regular performers on traditional music programmes on radio and television. 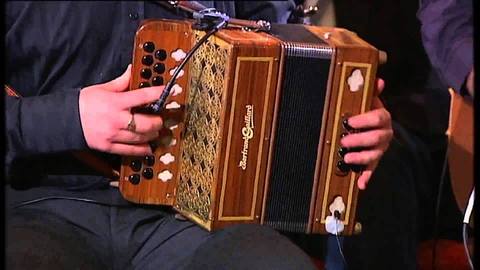 Noel and Brendan Clancy from Stradbally have also been building a loyal fan base in recent years. As members of the Five Counties Céilí Band, winners at Fleadh Cheoil na hÉireann in 2012, they have extensive experience of performing to audiences around the country. Earlier this year they played at Tionól Niocláis Toibín in Ring.

Concert organiser, Maria Lynch, says the response to the gig has been “fantastic”. “People are really excited about hearing all these great musicians and singers on one stage, and particularly in a gorgeous venue like St Mary’s Church of Ireland. It looks set to be a night to remember,” said that DCU nursing student, who’s originally from Lemybrien, Co Waterford.

The response on social media has been very positive as well, with musical luminaires Liam Ó Maonlaí and Fiachna Ó Braonáin of Hothouse Flowers fame amongst the hundreds of people who like the Feis for Philippines Facebook page.

Feis for Philippines starts at 8pm on Saturday 21 December. Further information about the concert is available online at www.facebook.com/feisforphilippines and on Twitter @feis4philippine. Tickets can be purchased on the door and online at http://www.eventbrite.ie/e/feis-for-philippines-tickets-9734477083 (handling charge applies).