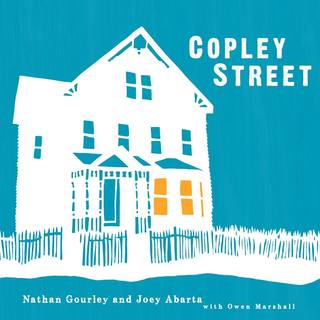 This is a first listen to a track from Copley Street, the new album from Nathan Gourley and Joey Abarta.  They are considered to be two of Irish America’s brightest young traditional musicians. Both have been covered on Tradconnect previously including Nathan’s Life is All Checkered duet album with Laura Feddersen and Joey’s Swimming Against The Falls

This collection therefore features music played on fiddle and uilleann pipes, and the album is named after the street in the Roxbury neighborhood of Boston in which they live. The album’s title echoes the history of traditional music in Boston, including the Copley record label of the 1940s and the vaunted dancehall scene on Roxbury’s Dudley Street in the 1950s, but more importantly, it reveals the tight musical bond these musicians have developed over the years.

Daniel Neely has described it as “a wonderful album from two stunning young players... this is a must-have for supporters of music in Boston, but for traditional music fans in general – it’s just brilliant stuff.”

Available to stream and purchase on Bandcamp